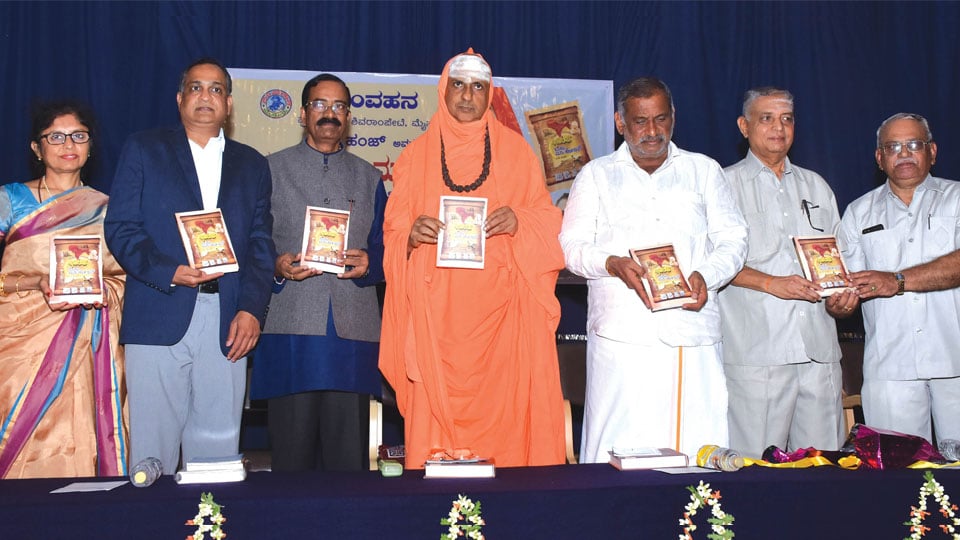 Releasing the book, Minister J.C. Madhu Swamy said that any position including Ministership is temporary like a role in a play and suggested people not to refer him as Minister but by his name.

He asked, “How long can a person stay on the top of Himalayas? That reality should be known to everyone and power can never be eternal.”

Continuing, Madhu Swamy opined that people should realise and follow the local culture of the nation having trust in their strength. He observed that writers have not come out extensively on the political, economical and social condition of Indian society and bemoaned that westerners have written on history of India.

He expressed confidence that the book by Ravi Hanch would be of help to researchers.

Speaking on the occasion, Ravi Hanch, a Management Expert, said that as a software engineer he has travelled across USA and in the spare time, he was able to write the book.