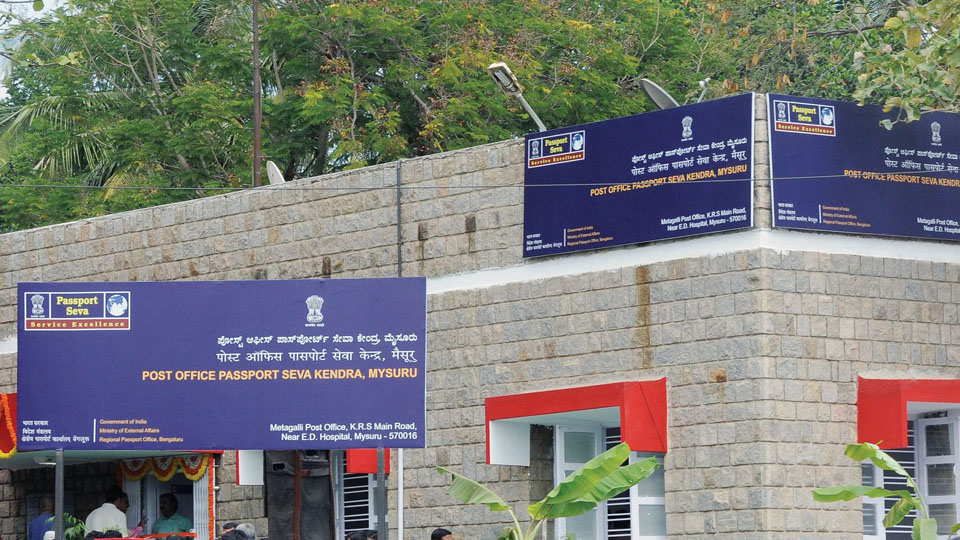 Mysore/Mysuru: The Post Office Passport Seva Kendra (POPSK) at Metagalli in city is likely to resume its activities from next Monday.

He said as an ad hoc arrangement, he was working at head post office following temporary closure of the passport Kendra.