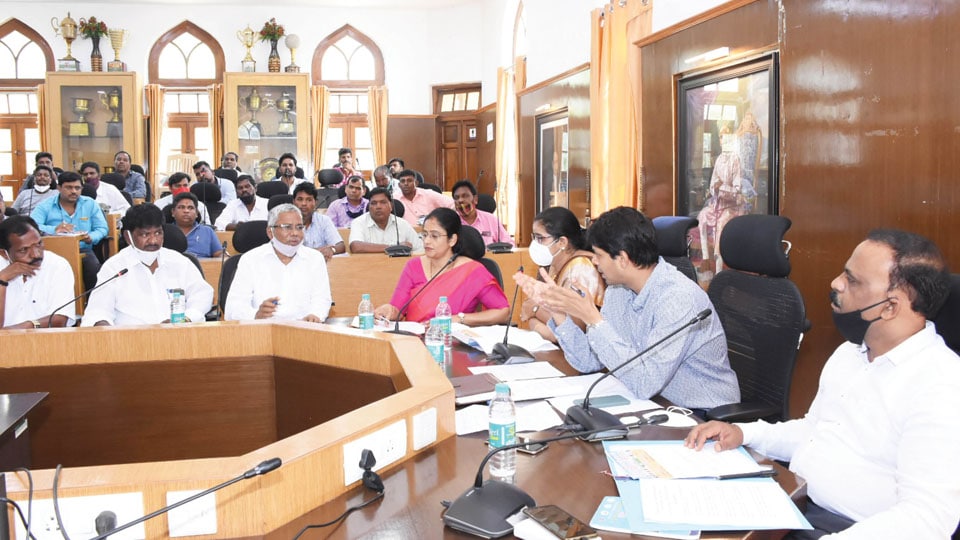 Pourakarmikas to get appointment order soon

Mysore/Mysuru: Asserting that MCC Pourakarmikas who have been identified for direct credit of wages, will soon be issued appointment orders, MCC Commissioner G. Lakshmikantha Reddy said that tenders have been invited for construction of 158 houses for pourakarmikas at Malalawadi.

Referring to the 30-point charter of demands put-forth by MCC Regular and Contract Pourakarmika Mahasangha, the MCC Commissioner said that tenders have been invited for construction of 158 houses in 1 acre and 20 guntas of land at Malalawadi and the housing beneficiaries have been identified.

Assuring to address all issues raised by pourakarmikas within the purview of law, he said that such demands which are to be decided at the Government-level would be forwarded to higher authorities.

Referring to the problems that direct-credit pourakarmikas are facing in respect of ESI facilities, Lakshmikantha Reddy said that a special camp will be held at the city’s Town Hall on Dec. 1, during which ESI Cards and Ayushman Bharat Health Cards will be distributed.

Responding to a plea by the Mahasangha President N. Mara,  who sought to bring 24 serving contract pourakarmikas under the cover of direct recruitment, the MCC Commissioner said that they are recruited on humanitarian grounds and the MCC cannot do much on the issue.