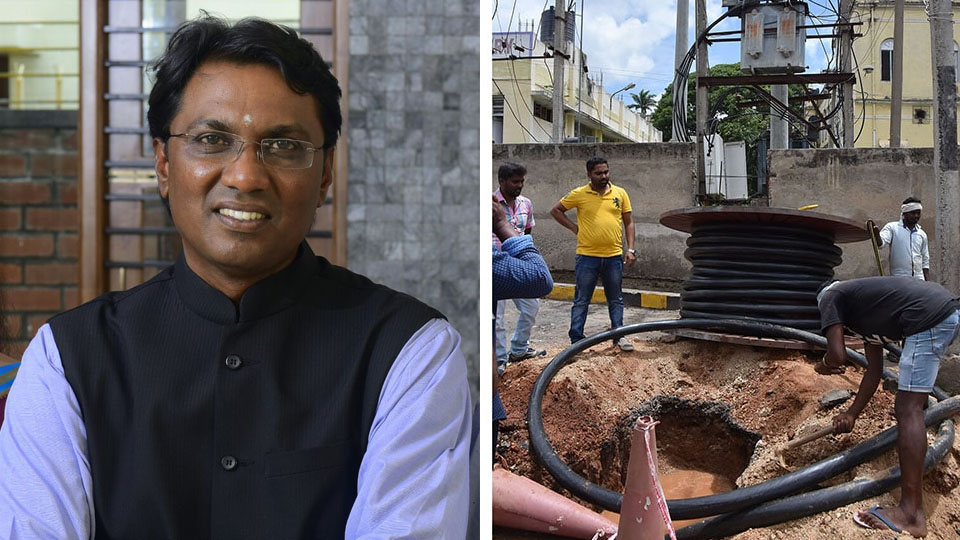 Mysore/Mysuru: Chamundeshwari Electricity Supply Corporation (CESC) has decided to once again appeal to the Central Government to give consent to a project which aims to optimise electricity supply to all tribal hamlets in Mysuru district by laying underground (UG) cable in those regions.

Speaking to ‘Star of Mysore,’ CESC Superintending Engineer K.M. Munigopalaraju said, “We would like to implement Central Government’s Decentralised Distributed Generation (DDG) scheme in the district, which aims to facilitate electricity supply in tribal hamlets. Over the last two years, we are trying to get permission from the Central Government’s Forest Ministry, but authorities are yet to give green signal to this project.”

“This project aims to build solar power plants in tribal hamlets and provide electricity supply to their residences. CESC has already planned to float tender and lease out the project to a private company. We are awaiting approval from the Central Government. There are over 11 tribal hamlets and 653 tribal families living in Hunsur, Periyapatna, K.R. Nagar, Saragur and H.D. Kote region. As a pilot project, CESC is trying to facilitate electricity supply to 29 tribal families living in Metikuppe, H.D. Kote taluk. We are planning to construct 113 solar power plants in 11 tribal hamlets and generate electricity in the region. We have already written to the Centre seeking permission, but as these tribal areas come under the jurisdiction of Nagarahole Tiger Reserve, forest authorities have not yet okayed for this project stating that it would be disastrous for wildlife in the region,” he said.

“As this project would provide electricity to tribals living in the district, we have decided to once again appeal to Central Government to give its nod to the project. As the State Government has already given its signal, CESC has sanctioned Rs. 61.65 lakh to Forest Department. We have already planned for floating tender and assign this to a private company. Implementation of this work would begin in the region as soon as the Centre’s Forest Ministry gives nod,” he added.