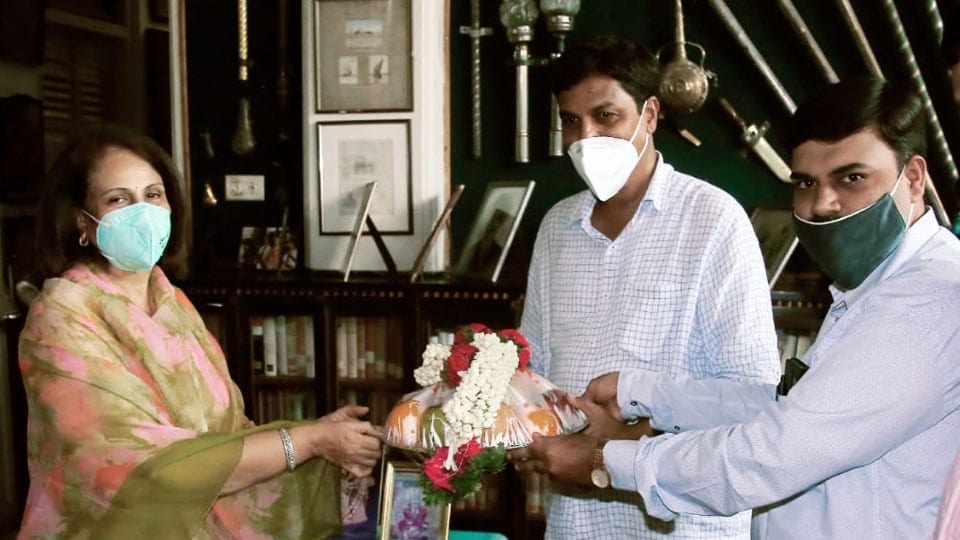 Mysore/Mysuru: During his visit to Mysuru, Water Resources Minister Ramesh Jarkiholi met member of erstwhile royal family Pramoda Devi Wadiyar on Thursday evening and apprised her about the progress of the twin statue project.

Jarkiholi said that the statues were intended to pay tributes to the late Maharaja and his Dewan who were instrumental in building the Dam. Pramoda Devi too expressed her immense happiness over the ongoing works. She wished that all the works of the Water Resources Department are completed and people are benefitted by them.

Yesterday, at around 4 pm, Pramoda Devi visited the KRS and inspected the works being undertaken there. She suggested the officials to undertake the statue work in such a way that it does not hamper the beauty and traditional aspects of the Dam.