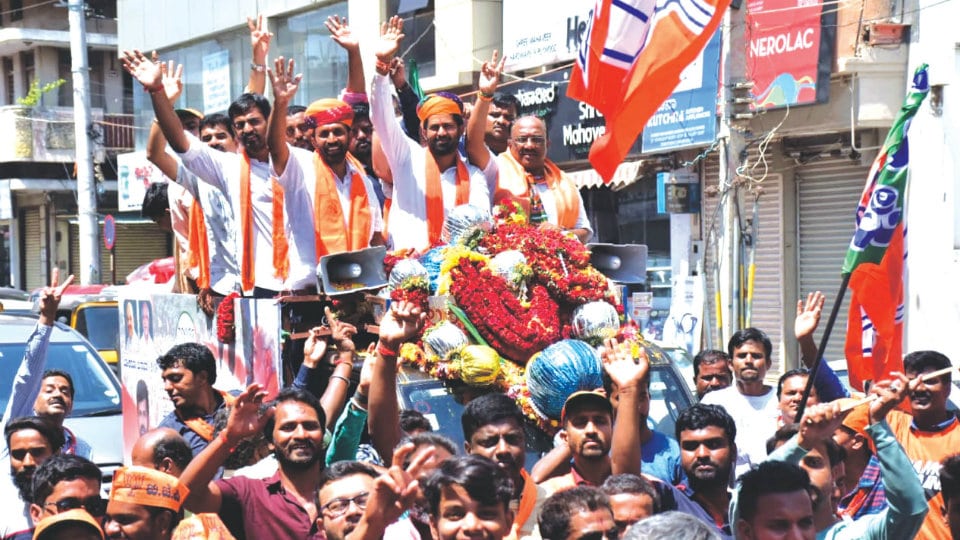 Mysuru: With just four days to go for the polls, Mysuru-Kodagu LS seat BJP candidate and sitting MP, Pratap Simha, stepped up his campaign by undertaking a brisk canvassing in Chamaraja Assembly segment this morning.

Simha began his poll campaign for the day by performing puja at Chamundeshwari Temple in K.G. Koppal, from where he launched a Road Show.

During his campaign, Simha highlighted his achievements as an MP and the programmes, projects, schemes and initiatives launched by PM Modi for the welfare of all sections of the society including farmers, small traders, economically backward sections etc., over the  past five years.

He appealed the people to vote for him and thus re-elect Modi as the PM for the nation’s prosperity.