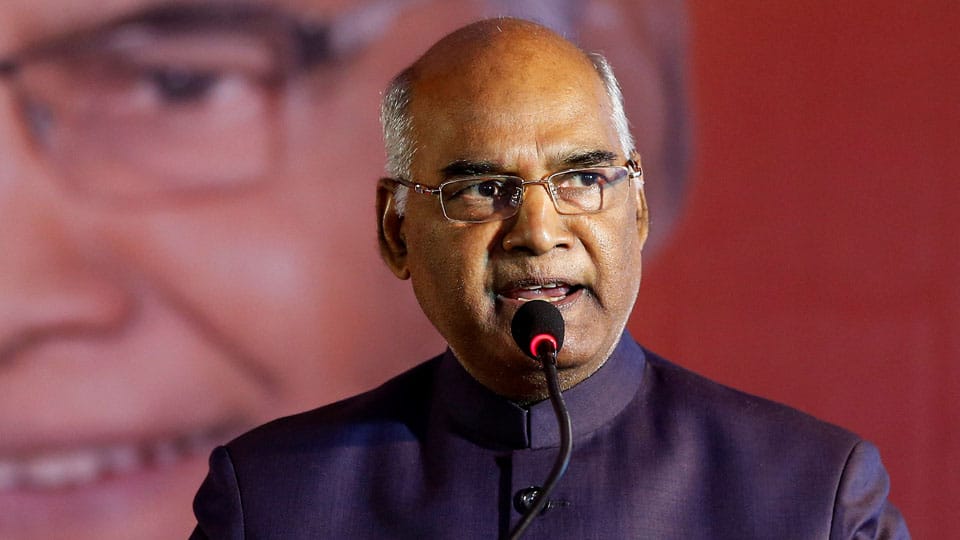 New Delhi: President Ram Nath Kovind this morning promulgated an ordinance to pave way for providing stringent punishment, including death penalty, for those convicted of raping girls below the age of 12 years.

The Union Cabinet on Saturday approved the ordinance to allow Courts to award death penalty to those convicted of raping girls less than 12 years. New Fast-track Courts will be set up to deal with such cases and special forensic kits for rape cases will be given to all Police Stations and hospitals in the long term, according to the Criminal Law (Amendment) Ordinance 2018.

It stipulates stringent punishment for perpetrators of rape, particularly of girls below 16 and 12 years. Death sentence has been provided for rapists of girls less than 12 years, officials said quoting the ordinance. The minimum punishment in case of rape of women has been increased from rigorous imprisonment of seven years to 10 years, extendable to life imprisonment, they said.

In case of rape of a girl under 16 years, the minimum punishment has been increased from 10 years to 20 years, extendable to imprisonment for life, which means jail term till the convict’s “natural life.” The punishment for gang rape of a girl below 16 years will invariably be imprisonment for the rest of the life of the convict, the officials said.

Stringent punishment for rape of a girl under 12 years has been provided with the minimum jail term being 20 years which may go up to life in prison or death sentence, they said.

The Indian Penal Code (IPC), the Evidence Act, the Code of Criminal Procedure (CrPC) and the Protection of Children from Sexual Offences (POCSO) Act will now stand amended. The measure also provides for speedy investigation and trial. The time limit for investigation of all cases of rape has been prescribed, which has to be mandatorily completed within two months. The deadline for the completion of trial in all rape cases will be two months, the officials said. A six-month time limit for the disposal of appeals in rape cases has also been prescribed.

There will also be no provision for anticipatory bail for a person accused of rape or gang rape of a girl less than 16 years.

ECONOMIC OFFENCES: President Ram Nath Kovind last night promulgated Fugitive Economic Offenders Ordinance that will allow the government to confiscate properties and assets of loan defaulters who flee the country. The Fugitive Economic Offenders Bill was introduced in the Lok Sabha on Mar. 12, but could not be taken up for discussion and passage as Congress blocked the session. The ordinance seeks to confiscate properties of offenders like diamond merchants Nirav Modi and Mehul Choksi, who have left the country to avoid facing criminal prosecution.