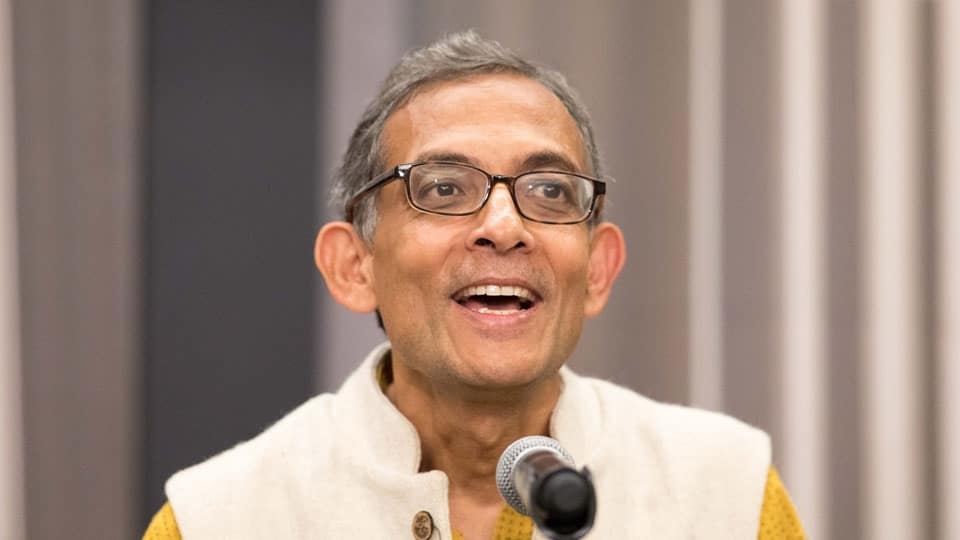 In his congratulatory message, President Ram Nath Kovind said, “Congratulations to Abhijit Banerjee, Esther Duflo and Michael Kremer on winning ‘the Nobel Prize’ in Economic Sciences ‘for their experimental approach to alleviating global poverty.’ Their research has helped economists better understand how to fight poverty in India & the world.”

“Extremely happy to note that eminent #economist Shri Abhijit Banerjee is among the 3 Nobel Laureates awarded the Prize for #economics this year,” Vice-President Naidu said.

Prime Minister Narendra Modi said, “Congratulations to Abhijit Banerjee on being conferred the 2019 Sveriges Riksbank Prize in Economic Sciences in Memory of Alfred Nobel. He has made notable contributions in the field of poverty alleviation.”

“I also congratulate Esther Duflo and Michael Kremer for winning the prestigious Nobel,” he added.

The 58-year-old economist from Kolkata is currently the Ford Foundation International Professor of Economics at the MIT.

Congress President Sonia Gandhi and party leader Rahul Gandhi also congratulated Banerjee. In a statement, Sonia Gandhi said, “Apart from making the Nation of his origin proud by this spectacular achievement, Prof. Banerjee’s and his fellow recipients work in ‘experimental approach to alleviating global poverty’ had helped millions across the globe including India, come out of poverty. Their methodology, approach and experiments were exemplary and of extreme contemporary relevance. His recognition as a Nobel Laureate has delighted every Indian.”

Taking to micro-blogging site Twitter, Rahul Gandhi said, “Congratulations to #AbhijitBanerjee on winning the Nobel Prize in Economics. Abhijit helped conceptualise NYAY that had the power to destroy poverty and boost the Indian economy. Instead we now have Modinomics, that’s destroying the economy and boosting poverty.”

Banerjee and Duflo have became the sixth husband-wife couple to be awarded the Nobel, although some won it together (Marie and Pierre Curie for discovery of polonium and radium) and some won it separately in different years (Gunnar Myrdal for Economics in 1974 and Alva Myrdal in 1982 for Peace).