Home » News » Private phone conversation was made public but I stand by it: Rohini Sindhuri 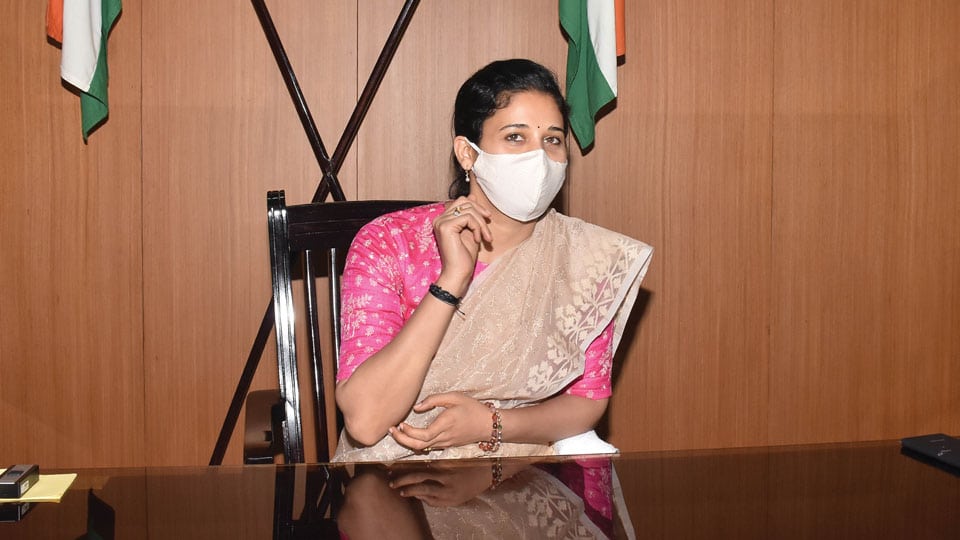 Private phone conversation was made public but I stand by it: Rohini Sindhuri

Mysore/Mysuru: Former Mysuru DC Rohini Sindhuri has said that the audio clipping that has been released to the media yesterday was a private conversation between a journalist and her. It was not meant for public consumption, but she added saying,  “Though I took the names of certain individuals in the audio, I stand by my statements as they are based on facts and documentary evidence. Anyone can check the veracity of my statements. There is not an iota of untruth in whatever I have said in the audio.”

On her statement that MUDA Chairman has passed more than 500 resolutions and they need to be probed, she said, “I have urged the Government to investigate. Agricultural lands were converted to commercial lands. I have cancelled them and have asked MUDA to set right all the illegalities.”

On the next course of action, Rohini Sindhuri said, “I can only point fingers at the illegal dealings and the next DC (Government) has the authority to investigate. As the representative of the Government in the District and as the head of Mysuru Revenue Department, I had the authority, powers and right to prevent encroachment of Government land and lakes. I have done my duty as the DC. It is up to the Government to initiate  action.”

MLA S.R. Mahesh continued to say that there are no illegalities in the Lingambudhi Lake land. “Yes, I own land near the Lingambudhi Lake. Even Rajeev has a parcel of land. But are the lands illegal? There is nothing illegal in that land. Only agricultural activities are taking place there. When the land was converted for commercial purpose, the said land was not demarcated for agricultural purposes. Where is land mafia here? Documents say that after the land’s commercial conversion, it has been re-classified as agricultural land,” he said.