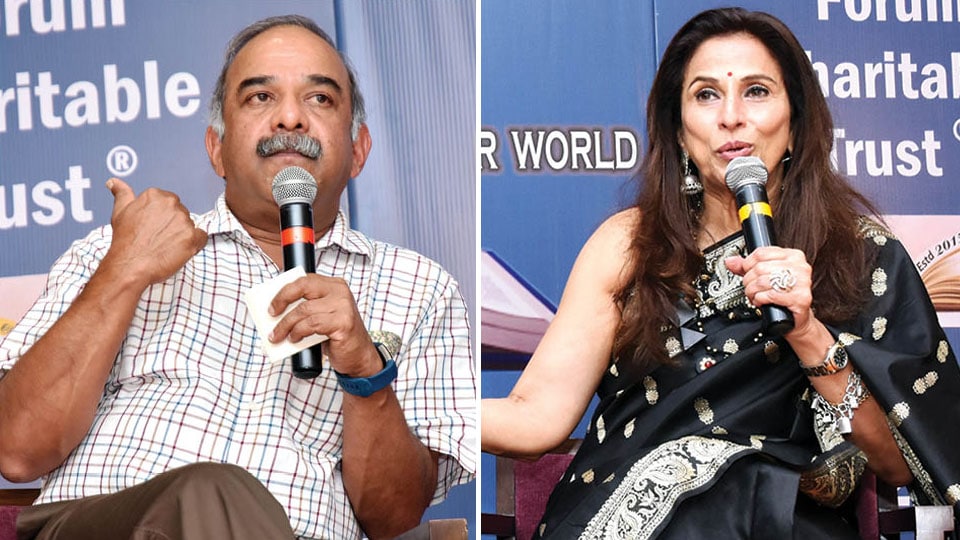 Problem of Newspapers is ‘Trust Deficit’

Mysuru:  On Saturday at the session on media titled “Is the Fourth Pillar of Democracy still strong?” Sreenivasan Jain of NDTV and Shanth Kumar, Director of The Printers Mysore Private Limited, which runs the Deccan Herald and Prajavani newspapers, participated.

The session was moderated by Vikram Muthanna, Managing Editor, Star of Mysore and it was a lively interaction and views about the media were well expressed.

Shanth Kumar, when asked about good journalism, said that one of the problems faced by the journalists in India is that if they wanted to present facts they are faced with the problems of facing the law of Criminal Defamation, which was a British era law used to harass the journalists. Hence, the newspaper quality has suffered leading to a fair amount of Trust Deficit not only in India but all over the world.

To a question by industrialist Raian Irani, why the BBC model where it is owned by the Government but still maintains its independence is not followed in India, the panellists were of the unanimous opinion that such a model, though is very good, is not possible in our country as even Doordarshan, a publicly-funded organisation, is not discharging its role independently.

He also went on to say how with the advent of digital media, the role of journalists become even more relevant and he added, “Good Journalism is an expensive model” meaning that for authentic news, media organisations have to pay well to journalists to maintain their credibility.

Shobhaa De, speaking about her book Shobhaa De at 70 – Selective Memory yesterday, when asked by moderator Mahesh Rao about her views on Me Too Movement of which she is a strong votary, said that she had not budged even a centimetre regarding her support for the Me Too Movement but for both men and women.

She said that it was for the courts to decide whether the conduct of the alleged perpetrators were good or bad. However, it was sad that the movement has fizzled out.

For instance, she said that M.J. Akbar was pretty much back in the Government though and now those women  who have complained against him will become powerless. But it is important to stay with the movement for everyone, like actress Tanushree Dutta, who is fighting a case against Nana Patekar, by steadfastly holding on to her stand, Shobhaa De added.