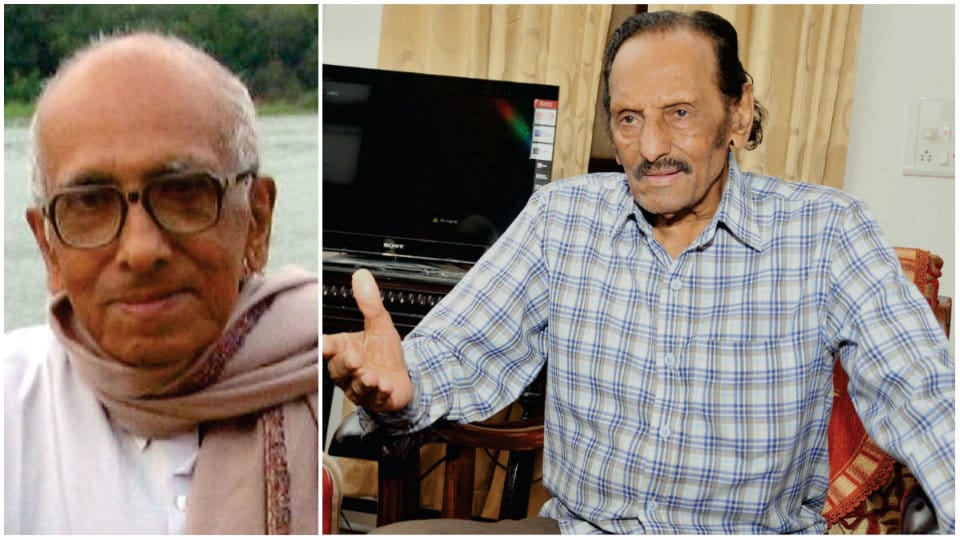 I was reminded of a poem when Nityotsava Poet Prof. Nissar Ahmed inaugurated this year’s Dasara celebrations. The poem was the one penned by Prof. Nissar Ahmed about my Guru and guide Prof. G.T. Narayana Rao. GTN, as he was popularly called, was a well-known Science writer and one of the Editors of Science section of Kannada Encyclopaedia brought out by the University of Mysore. GTN had a special affinity for Star of Mysore. He was a columnist for this newspaper contributing articles on Science and reviews on music, dance and drama. He kept in touch with us till his last breath.

Every word and line in the poem titled ‘Koneyavaregu Badalagalilla GTN…’ [GTN did not change till his end] describes the idiosyncrasies and personal character of GTN so very precisely that I could remember it now after it was written many years ago. When GTN passed away a couple of years back I was in France, so I was not able to reproduce this poem as a tribute to him. However, time has not cheated me on GTN. I have got an opportunity at last now to pay tribute to him through this well crafted poem by one of the renowned poets of Karnataka Prof. Nissar Ahmed. Since the poem is rather too long I have taken the journalist’s liberty, like a poet’s liberty, to exclude a few stanzas from the poem. 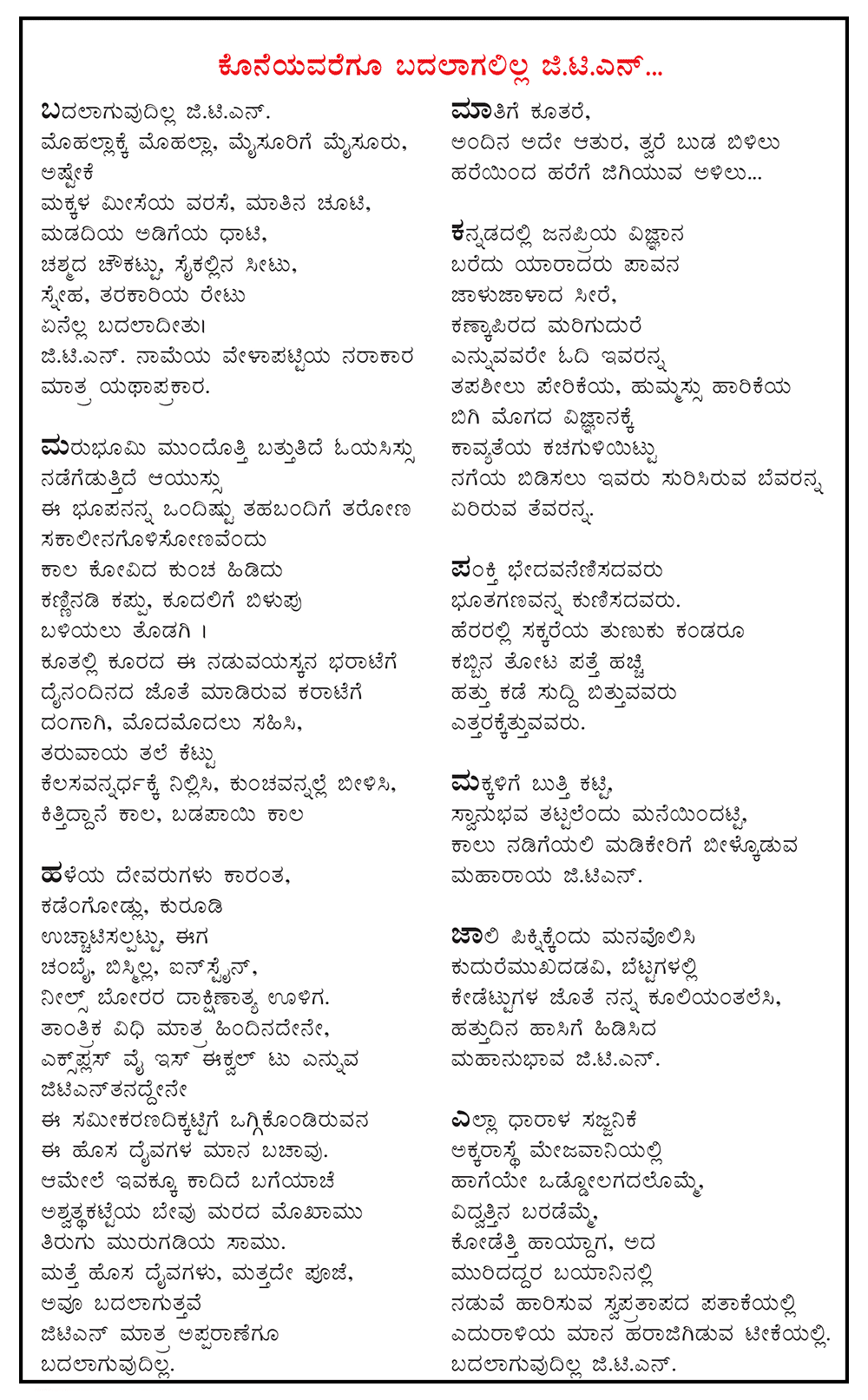