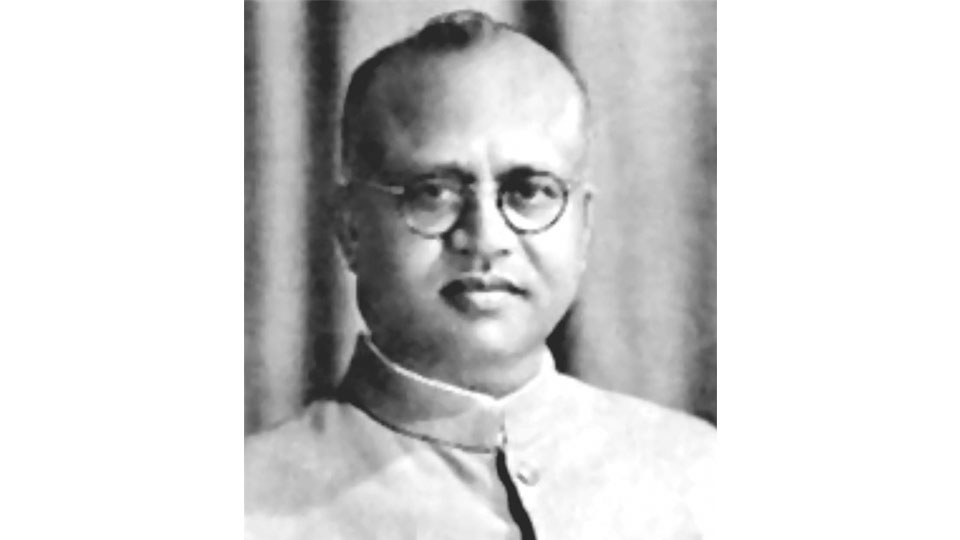 I read with interest the article paying tributes to the renowned scholar, Prof. T.N. Srikantaiah, written by Dr. Bhagirath S. Naganath (Star of Mysore dated Sept. 19 and 20). Dr. Bhagirath has very well portrayed the scholarship and contribution of Prof. T.N. Srikantaiah, who was well-known as ‘Tee. Nam. Sri’. I congratulate him for his excellent write-up on this revered scholar and look forward to more such articles from him.

His article brought to my memory two incidents related to Prof. Srikantaiah. I distinctly remember the day when he passed away on Sept. 7, 1966, in far off Calcutta, now named Kolkata. His sudden demise came as a rude shock to his students and admirers in Mysuru and elsewhere. It was the early days of my career as a reporter and had joined the Kannada daily, ‘Samyukta Karnakata’, published from Bengaluru.

My office called me late in the evening that day and informed me of the Professor’s demise asking me to meet a few senior scholars and Professors and get their condolences so that they can take it for the morning edition.

Accordingly, I peddled to the house of Prof. D.L. Narasimhachar, another literary giant, who lived in Saraswathipuram and told him of the sad news. Prof. Narasimhachar was sho-cked to learn of the sudden passing away of Prof. Srikantaiah. He was visibly shaken and could not say anything. He went to his room without saying anything to me although I was waiting.

Sensing the situation, I continued to wait for him in the verandah of his house. After a few minutes, he came out and handed over a small chit to me. On that piece of paper, he had scribbled a few lines expressing his sorrow over the untimely death of Prof. Srikantaiah.

The small note on which he had written his tribute to the late Professor is safe in one of my files. I vividly remember this sad incident and regret that I had to break the news of Prof. T.N. Srikantaiah’s death to him that late evening, leaving him in a state of shock.

Another incident that I very well remember also relates to Prof. Srikantaiah when Prof. K.M. Panikkar was the Vice-Chancellor of Mysore University earlier in 1963. A statesman and diplomat, Dr. Panikkar had served in China as India’s Ambassador, then a country of the iron curtain because of its rigid Communist policies.

Dr. Panikkar was a statesman of sharp intellect. Those days, the Academic Council meetings of the University used to extend for several hours, sometimes the debates extended to the next day. But, under the chairmanship of Dr. Panikkar, it turned out to be different. The meetings ended within about an hour, and the agenda was fully covered.

The debates were cut to a brief expression of views on the subjects listed in the agenda. Members had to express their opinion succinctly and not go on for hours, exhibiting their oratory skills.

Many times, the Vice-Chancellor took the members by surprise by saying, “This is what you wanted to say, isn’t it?” With this remark, he would cut short a member’s speech and make him resume his seat, leaving him perplexed.

One Professor resented this and tried to assert by saying that he had a doctoral degree from an American University and hence should be allowed to have his say. Dr. Panikkar cut him short by sharply remarking, “Even barbers get Ph.Ds in America. Sit down.” Shocked at this rebuke, the crest-fallen Professor sat down without uttering a word.

During those days, Mysore University had many such noble souls whose scholarship was widely recognised and respected. Prof. Tee. Nam. Shri. was one such stalwart.