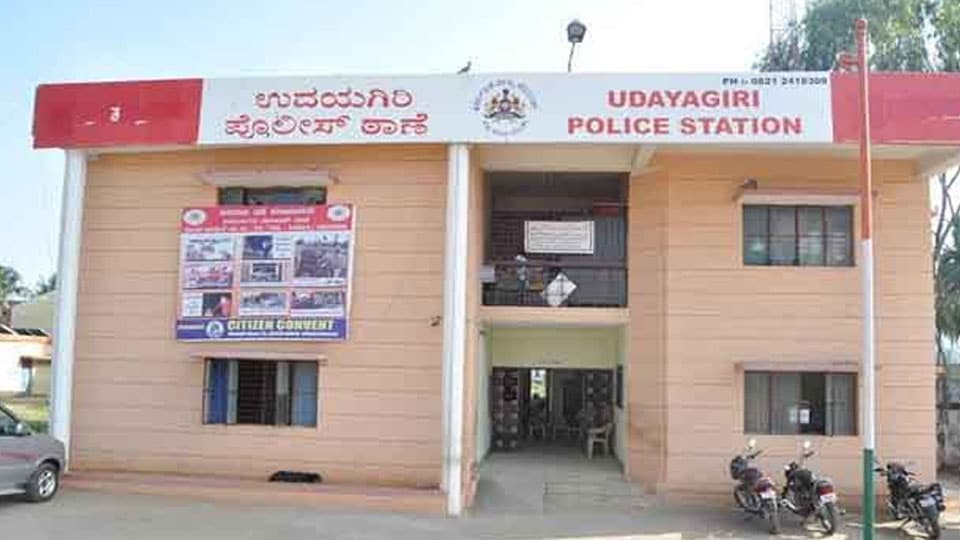 Mysore/Mysuru: Four persons, who were promised high returns for the money they invest, have lost Rs. 8 lakh to miscreants.

R. Shashikumar, a native of Kerala, who is residing at Hanchya Sathagalli in city, along with Kerala’s Dr. Faizal, Contractor Prasol and Yakub, had paid a total of Rs. 8 lakh to the conmen and were cheated.

A realtor, Shashikumar came in contact with one Shivashankar, a resident of Hootagalli. Shivashankar is said to have told Shashikumar that he would give three times more the money he invests and told him (Shashikumar) that a minimum of Rs. 5 lakh has to be invested.

Shivashankar further told Shashikumar that he would be given currency notes smeared with a black colour substance and once that currency is dipped in a liquid it would turn into a Rs. 500 currency note.

Lured by the offer, Shashikumar summoned Dr. Faizal, Prasol and Yakub to Mysuru. On June 29 evening, Shivashankar, along with one Vinod and Shekar, came to the house of Shashikumar and receives Rs. 8 lakh cash from the three persons and handed them a bag saying that there were currency notes with black substance smeared on them besides telling them that there was also a can containing the liquid.

The three conmen told Shashikumar and his friends that once the black smeared currency notes are washed in the liquid, it turns into an original currency note of Rs. 500 denomination and went away.

Realising that they have been taken for a ride, Shashikumar has lodged a complaint at Udayagiri Police Station.