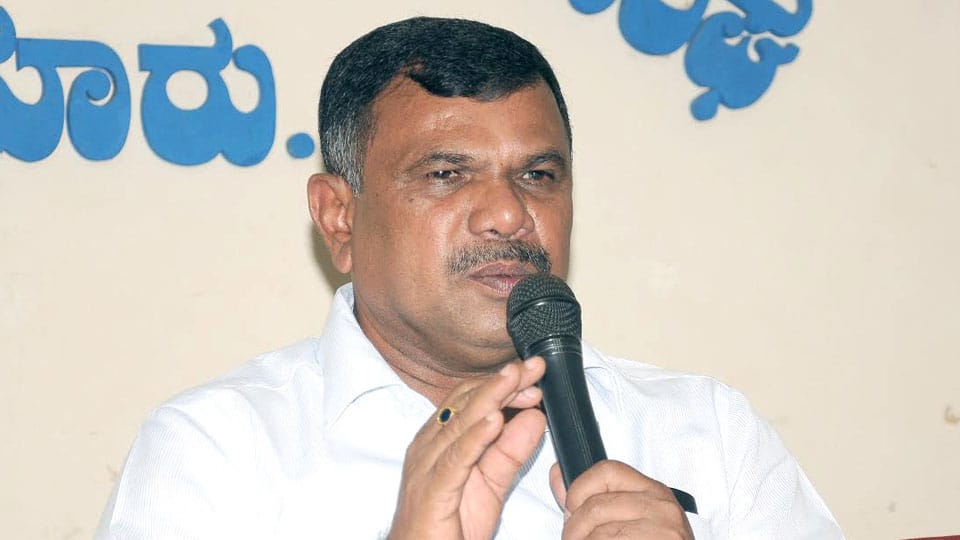 Mysore/Mysuru: JD(S) MLC Marithibbegowda has urged the Government to promote lecturers serving in Government Polytechnics as Principals, which posts are lying vacant in many places of the State.

In a letter written to Deputy Chief Minister Dr. C.N. Ashwathnarayan, who is also the Higher Education Minister, Marithibbegowda, who represents South Teachers Constituency in the Legislative Council, said that a number of Principal, Joint Director, Deputy Director and Assistant Director posts are lying vacant in the Technical Education Department for years.

Pointing out that many Polytechnic Colleges of the State have only In-Charge Principals, he said that this sort of an arrangement would not only hurt academic standards but also restricts the growth of Colleges. Besides, it is a matter of concern that 19 Polytechnics have been denied permission by the AICTE (All India Council for Technical Education) for admission of students for the year 2020-21, he said and urged the Deputy CM to take necessary measures in this regard.

Continuing, he said that while 19 Colleges have been refrained from admitting students, some others are facing a cut in admissions due to lack of infrastructure. Asserting that this sort of ban and cut in admissions could hamper technical education in the State, he said that lack of infrastructure in Polytechnics would also deprive poor rural students, SC/ST communities and other weaker sections of the society from getting technical education. As such, the Government must take immediate measures for filling up vacant Principal posts by promoting lecturers and to fill up other vacant posts in the Department as per AICTE rules and regulations.