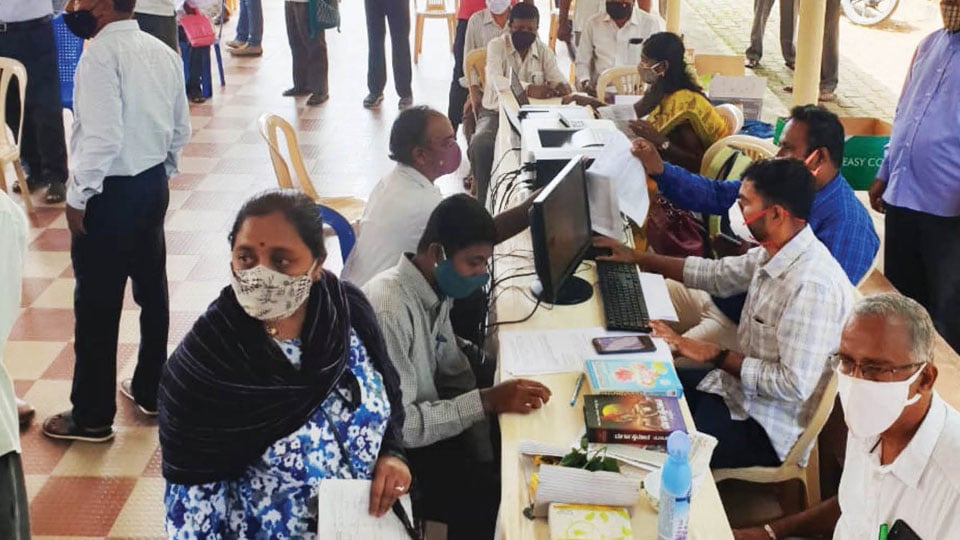 Speaking on the occasion, GTD, who is also a former Minister, said that property tax is one of the most important source of revenue for MCC and in this backdrop, the members of the public must voluntarily come forward to pay their SAS (Self Assessment Scheme) property tax, which will enable the Civic Body to take up development works.

Pointing out that the MCC has extended the deadline for paying property tax without penalty to Oct. 31, the MLA appealed the citizens to make use of this initiative and pay their tax.

Noting that MCC staff have themselves come near the doorstep of the citizens for tax collection, Devegowda said that the initiative will largely help the MCC to mop up resources for providing better civic amenities to citizens.

He further said that the drive will next take place at Mahalakshmi temple premises in Dattagalli third stage on Oct. 12, which the locality citizens should make best use of by making voluntary payment of tax dues.

MCC Commissioner Gurudatta Hegde, in his address, said that he hopes that this initiative of the MCC will be of much benefit to the  citizens, as property owners can remit their taxes near their doorstep instead of coming to MCC Zonal Offices.