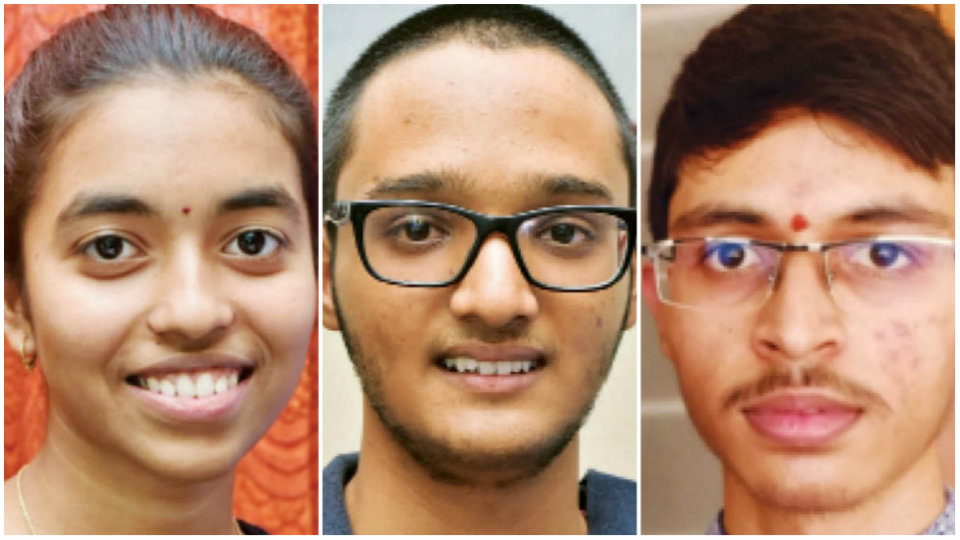 Bengaluru: Karnataka Second PU results 2018-19 has witnessed a passing percentage of 61.73. The results were announced this morning at the Office of PU Board in Bengaluru by the Department of Pre-University Education Director C. Shikha and Principal Secretary, Primary and Secondary Education Department S.R. Umashankar.

Students with special needs have performed well. 391 students with Dyslexia had appeared for the exam and 236 of them passed with a total of 60.35 percent. Pass percentage among ortho-impaired students is 69.83 percent.

In Mysuru, Ananya Kanigalapula of Sadvidya Semi-Residential PU College has topped with 590 marks (Physics 98, Chemistry 99, Mathematics 100, Biology 99, English 95 and Sanskrit 99). She is the daughter of Narasimha Rao and Adilakshmi. Sharandeep of Sadvidya PU College has scored 588 marks (Chemistry 100, Mathematics 100, Biology 100, Physics 99, Kannada 97 and English 92). He is the son of Puttaswamy and Umamani.

Ajith Kumar of Vijaya Vittala PU College too has secured 588 (Physics 99, Chemistry 100, Mathematics 99, Computer Science 100, English 90 and Sanskrit 100). He is the son of Gajanana Rao, a Civil Engineer and Suma G. Rao.

The PU exams were held from Mar. 1 to Mar. 18 for 39 subjects. In view of the LS polls, the exams were held early this year and results also announced early. Evaluation had begun on Mar.25 at 54 centres.

DISTRICT-WISE STATISTICS – HOW THEY FARED?