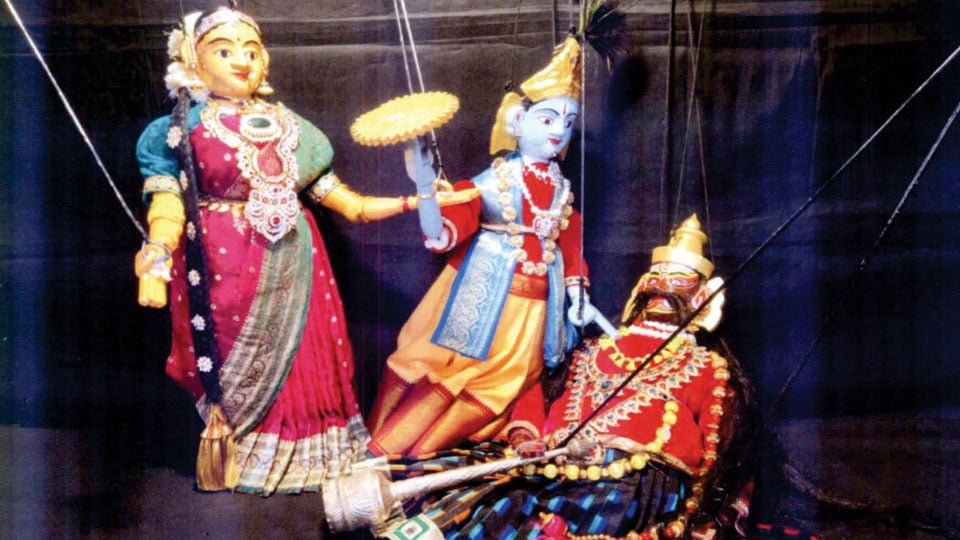 MPT Director Rangoli Srikantha’s great-great-grandfather Narasinga Rao was considered to be a master in this form of puppetry in which the puppet is manipulated with three strings and two iron rods. The puppeteer then becomes an extension of the puppet itself.

The renowned Narasinga Rao had performed several times before the Maharaja Nalwadi Krishnaraja Wadiyar. His grandson M.R. Ranganatha Rao (maternal uncle of Srikantha’s mother) followed in his grandfather’s footsteps. Such was Ranganatha Rao’s renown that Czarina of culture, the late Kamala Devi Chattopadhyaya, visited his hometown Magadi to admire the collection of wooden puppets and urge him to train others in this art form. Keeping his promise to Kamala Devi, Ranganatha Rao has trained many youngsters to become professional puppeteers who have established some well-known puppet theatres in and around Bengaluru. Srikantha, his disciple, has set up Mysuru Puppet Theatre, he said.