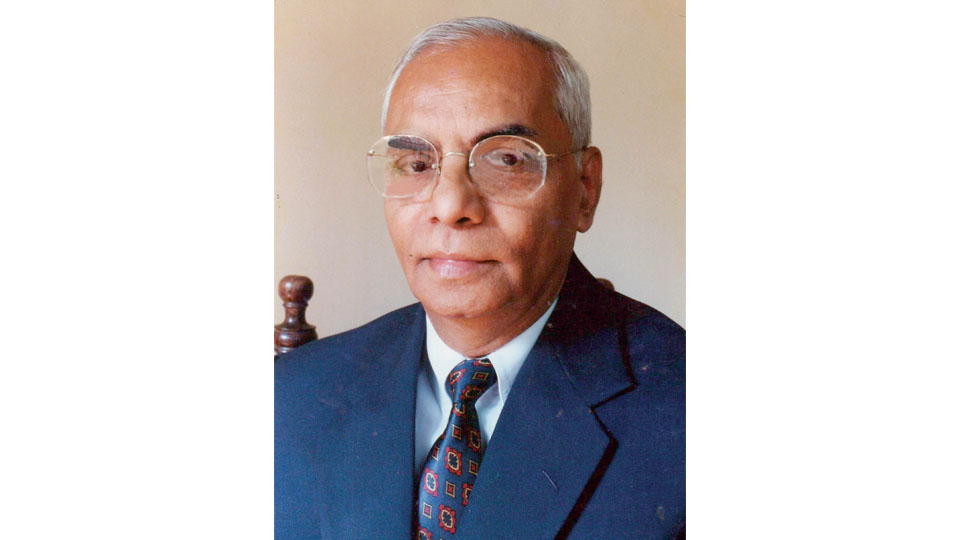 Life seems a riddle wrapped in mystery inside an enigma!

Death, be not proud…

Thou art slave to fate, chance, kings, and desperate men…

— From the poem ‘Death be not proud’ by John Donne

The First Court of Justice for a common citizen is the first Government Officer to whom the citizen submits his petition seeking justice. This was how the former Prime Minister V.P. Singh’s one of the Secretaries, I forgot the name, who came to deliver a lecture at the Ranga Jnana Vinimaya Kendra of N. Ranga Rao and Sons in city, described the fundamental nature and definition of a ‘Court of Justice.’ In sharp contrast we have the traditional, institutional Courts of Justice, Law Courts, with Judges and Lawyers.

I remembered this most humane definition of a ‘Court of Justice’ on reading a report in Star of Mysore titled ‘A long journey of R.N. Kulkarni to get justice,’ dated Nov. 10, 2022 on page 7. Kulkarni was an ex-IB Officer, killed in a deliberate car accident on 4th of this month, according to Police.

Apparently, months rolled and there was no relief available from these ‘Courts of Justice’ and, therefore, left with no option, after nearly one year, Kulkarni went to the High Court, spending his pension money and filed a writ petition with the prayer that the MCC Commissioner be directed to take action as per law on his complaint. What a fate. It appears that this case was posted to 3.11.2022, but Kulkarni was killed on 4th evening.

It is an irony and beyond one’s comprehension that in real life incidents such as this, not only one may have to suffer the indignity of injustice but also death. Let it be.

Star of Mysore was started on Feb. 16, 1978. It was the time when political turmoil was happening in Iran with spiritual head Ayatollah Khomeini living in Paris as an exile. Star of Mysore was publishing news relating to the political developments in Iran because there were many Iranian students studying in Mysuru. In one of our reports, we had published the photograph of Ayatollah Khomeini. The next morning, a Policeman in civil dress, claiming to be from the Intelligence Bureau (IB), came to see me seeking an appointment for his boss. I agreed.

The next day, a young officer from the IB came to me on the appointed time. Even as I was offering the chair, he voluntarily showed me his Identity Card. I wondered how meticulous and protocol-minded officer he was. He wanted to know how and from where I could get Ayatollah Khomeini’s photograph. For all his concern, I thought he was more interested in getting to know the Editor of a local newspaper which was making waves in the city. Be that as it may, in the course of time we became very close family friends and for life.

What can I say about my 82-year-old friend, who died? That he was healthy, active and engaged in writing books and pursuing a spiritual path under two Gurus as I know — Swami Dayananda Saraswati of Arsha Vidya with his Gurukula Ashrams at Rishikesh and Coimbatore and another is Swami Chidrupananda Saraswati  from Hubballi.

Kulkarni has already written three interesting books — ‘Sin of National Conscience,’ about his experience as an IB Officer for 35 years. The second book was about a family of five generations which is semi-autobiographical in its content and titled ‘…and yet God smiles.’ The third book was titled ‘Facets of Terrorism in India’. He must know being an insider who faced challenges of terrorism and insurgency. This book was released by our Union Minister Mrs. Nirmala Sitaraman and I had written an ‘Abracadabra’ column on that.

It is most unfortunate and sad that Kulkarni, who could survive a couple of ambushes and even an attack on his life while on duty, should face a tragic death in a peaceful civilian area due to an act of deliberate accident caused by his neighbour’s son. Wonder, if we are heading towards a barbaric society where the corrupt, the rich and the powerful take the law into their own hands with impunity. Sadly, it is a murder most foul.

Can a citizen’s complaint in a civilised society be the cause for the murder of the complainant himself? And here the complainant Kulkarni was a person steeped in vedantic study and spiritualism. He strongly believed in the Sanskrit aphorism ‘Dharmo Rakshati Rakshitah.’ It means that those who protect Dharma (truth and reality or righteous conduct) are protected by Dharma. Unfortunately, in this case, though he was a follower of Dharma, as I know him, Dharma did not come to his rescue on Nov. 4.

I guess, our faith and our ideals in life are far removed from the realities of life. Which was why, I said in the sub-headline that ‘Life seems a riddle wrapped in mystery inside an enigma!’

On Nov. 9, 2022, when Home Minister Araga Jnanendra visited the house of Kulkarni to offer condolences, the MCC Commissioner said he had issued a notice to Kulkarni’s neighbour on Nov. 2, 2022 to clear the illegal construction etc. He also said if his notice was not complied with before Nov. 12, 2022, the MCC staff itself would clear it. Now let us keep our fingers crossed ! With Kulkarni killed, the action of the MCC Commissioner is akin to closing the gate of the stable after the horses have bolted.

Sometimes Kulkarni may seem like a stubborn person but it was for a purpose and principle. A hard worker himself, he was also a task master. In these days honest and hard working Government Officers and employees are as rare as hen’s teeth. Of course, there are exceptions. Looking at the way he went about his government job with absolute seriousness, responsibility and commitment as a loyal servant of the Government of India, he appeared to be a person who is ‘more loyal to the country than the King’ as the saying goes.

Being a criminal case, it is going to be a long-drawn- out court battle with uncertain result. However, I cannot but agree with my fellow Rotarian and a senior citizen M.S. Vijayashankar whose letter was published in Star of Mysore on Nov. 8, 2022, significantly addressing it to ‘Dear Citizens of Mysuru’ and opening the letter with the sentence, ‘It is very sad to know that Sri R.N. Kulkarni died because of the apathy shown by the officers concerned of Mysuru City Corporation (MCC) and others  concerned. Even after 16 hearings in Court of Law, nothing is decided and there is no action taken on the erred.’

Will truth prevail? Let wages of sin be punishment.

Last word: Weighed in the totality of Kulkarni’s contribution to our country as a government servant in IB and as an author, it is best to quote Shakespeare’s words in tribute:

“His life was gentle, and the elements

So mixed in him, that Nature might stand up

4 COMMENTS ON THIS POST To “R.N. Kulkarni’s evening walk to eternity…”