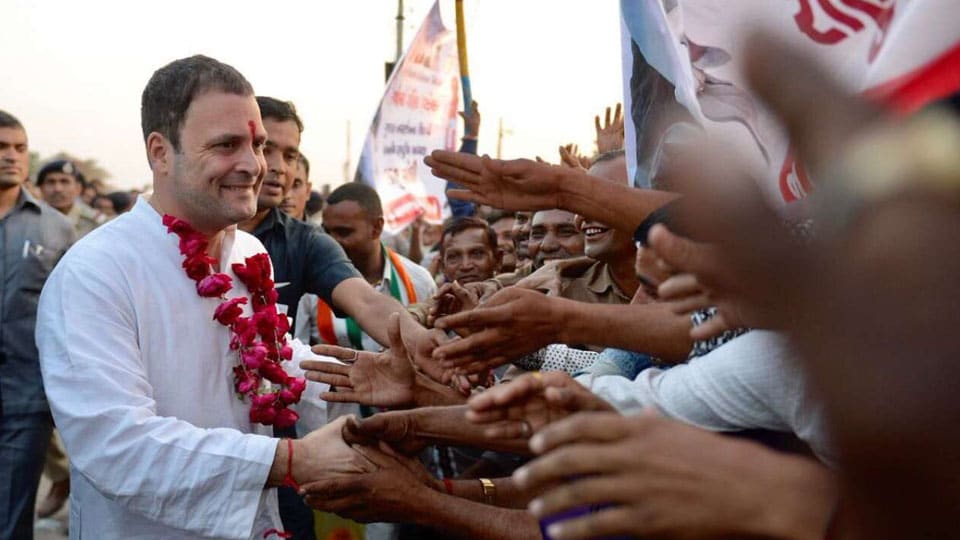 New Delhi:  As expected, Congress Vice-President Rahul Gandhi was elected unopposed as President of the Indian National Congress yesterday. He will formally take over the position from his mother Sonia Gandhi on Dec.16.

The announcement, made by the party’s Central Election Authority Chief Mullapally Ramachandran, came at the end of an internal poll process in which Gandhi remained unchallenged, an election termed by his critics as “one horse race.” His elevation heralds a generational shift with the tenure of its longest serving party President Sonia Gandhi coming to an end.

Rahul Gandhi, 47, is the sixth member of the Nehru-Gandhi family to lead the party. He has been Vice-President of the party since 2013.

Rahul’s formal anointment as the new party President came a week ahead of the results of elections in Gujarat. Senior party leaders feel that the outcome of Gujarat elections will be his first test.

His challenges include the party’s diminishing electoral strength, the old guard, motivating party cadre and reaching  out to Opposition leaders. Today, the party, which once controlled almost the entire country, has its Governments in just five States and the Union Territory of Puducherry.

Sonia Gandhi will officially hand over the mantle of the 132-year-old party to her son around 11 am on Dec.16 after which Rahul Gandhi will meet leaders from across the country at the Congress’ headquarters, party sources said.

The Congress has been losing State after State since the 2014 Lok Sabha election with the exception of Punjab.

Narendra Modi congratulated Gandhi tweeting: “I congratulate Rahulji on his election as Congress President. My best wishes for a fruitful tenure.”