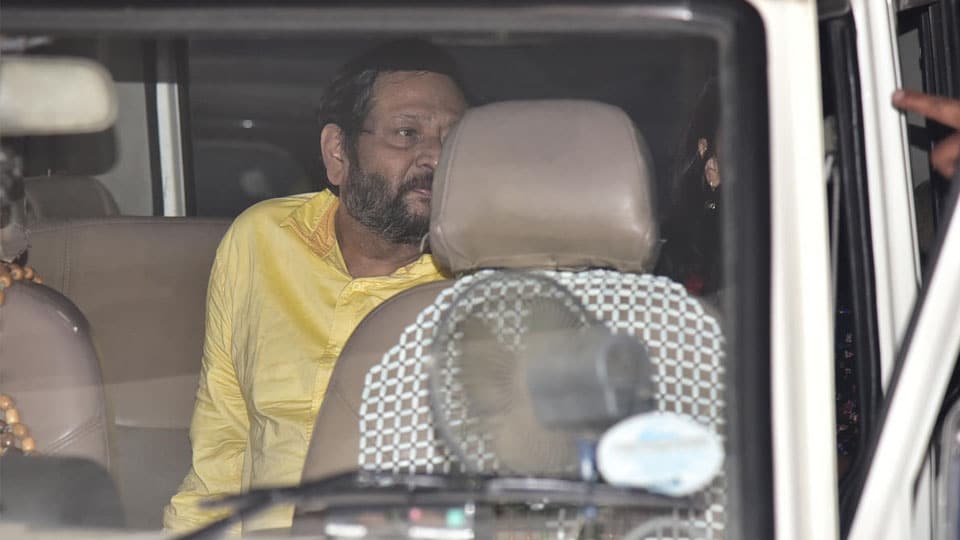 Bengaluru: ‘Hai Bengaluru’ Editor Ravi Belagere, who was remanded to 14-day Judicial custody by the First ACMM Court yesterday, has been lodged in Parappana Agrahara Central Jail. Ravi Belagere was arrested by the CCB Police on Dec.8 on charges of allegedly hiring supari killers to eliminate his former colleague Sunil Heggaravalli.

Even as Belagere was produced before the Court, his advocate K. Diwakar made a plea to the Court seeking medical care to Belagere. The Court after verifying the medical records, directed the Police to ensure medical treatment for Belagere.

Belagere, who was sent to Parappana Agrahara Jail, is undertrial Prisoner No. 12785 in the Jail.

After being treated in the Jail Hospital, Belagere was shifted to the Jail Cell in which Stamp Paper scam convict Karim Lala Telgi was lodged. Telgi died a couple of months ago due to illness while serving his prison sentence.

Meanwhile, Ravi Belagere’s advocate K. Diwakar said that he will move a bail petition before the Sessions Court on Wednesday.

Bengaluru Police have provided security to journalist Sunil Heggaravalli and his family members following reported threat to his life. Sunil had lodged a complaint with the Subramanyanagar Police accusing Ravi Belagere of making threat calls even as he (Ravi) was in CCB Police custody. He had also appealed the Police to provide security to himself and his family members, following which the Police have provided security to Sunil Heggaravalli.

Meanwhile, Sunil Heggaravalli met Chief Minister Siddharamaiah yesterday and explained to him about the case, it is learnt.

The CM after hearing Sunil, is said to have directed the Police to provide security to Sunil.

Bengaluru Police who have intensified investigation into the case in which Ravi Belagere is alleged to have conspired to kill journalist Sunil Heggaravalli by hiring supari killers, have succeeded in nabbing Viju Badiger, who is reported to have escorted Hitman Shashidhar Mundewadi to meet Belagere at his office.

Viju Badigere, who had gone absconding after Belagere’s arrest, was picked up from Miraj Railway Station yesterday. A team of Bengaluru Police who had been camping at Sindagi in Vijayapura district for the past couple of days, had spread a net to nab Badiger, who was ultimately traced at Miraj Railway Station.

The Police are brining him to Bengaluru for interrogation, it is learnt.