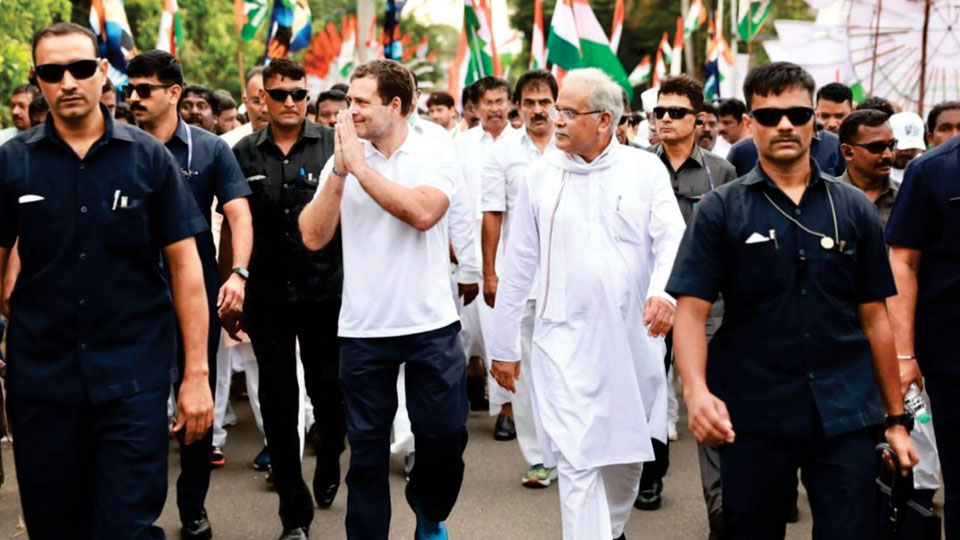 Over 3,570-km foot march will pass through Mysuru by September end

The Yatra, which aims at reviving party’s fortune by improving people contact, started from Vivekananda Polytechnic in Kanyakumari and reached Suchindrum, about 13 kms from here, around 10 am. This may be the last resort for the party’s revival ahead of 2024 LS polls.

The Congress has put its heart, mind and soul in the 3,570-km Kanyakumari to Kashmir padayatra which comes about a month ahead of the crucial election for the post of party President on Oct. 17. These two are the most significant events in the Congress calendar ahead of the next Parliamentary Election.

After a halt at Suchindrum, Rahul Gandhi will interact with women activists, Dalit activists and representatives of civil society. On way to Suchindrum, he also met T. Shanmugham, father of late NEET aspirant S. Anitha and her brother Maniratnam.

Anitha was a 17-year-old Scheduled Caste student who had scored 1,176 out of 1,200 marks in her Class 12 Board examinations but was unable to join the MBBS course due to poor scores in NEET, finally committing suicide last year.

While the Yatra may be a ‘do or die’ effort for Congress, it is a topic of ridicule for BJP. BJP President JP Nadda said, “They are talking of Bharat Jodo, Bharat Jodo. ‘Arrey pehle party toh jod lo’ (unite the party first).  He was obviously referring to several resignations of senior leaders from the party in recent years.