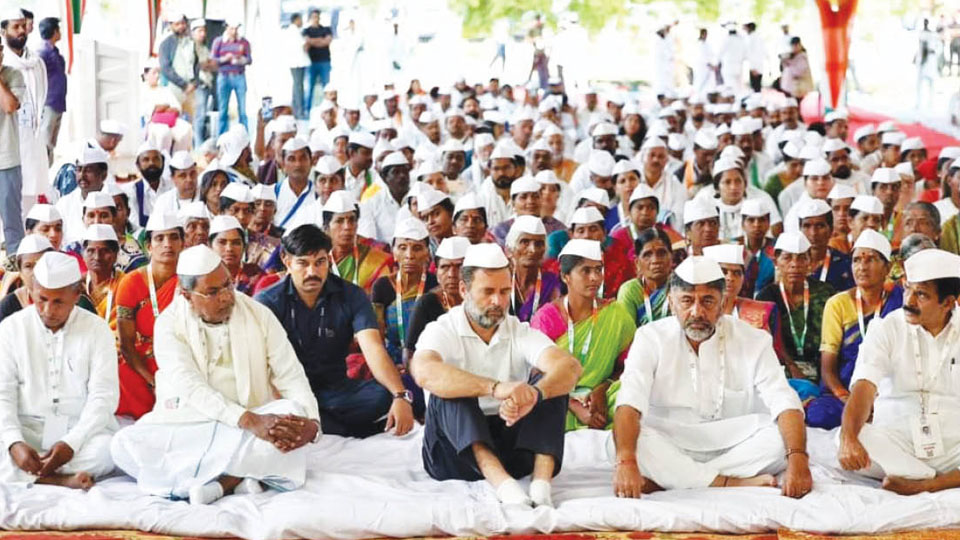 The Yatra arrived from Kadakola Junction at about 8.05 am. He visited Khadi Gramodyoga Kendra in Badanavalu, which was established by Mahatma Gandhi in 1927 when he visited the village during the freedom struggle.

After offering floral tributes to Mahatma Gandhi’s bust and offering prayers, Rahul went around the Kendra and inspected the working  of handlooms, spinning wheels (Charakas) and other associated equipment and learnt about Khadi manufacturing process. He later interacted with the workers of the Kendra, most of whom were women and heard their grievances.

He thereafter marched to Badanavalu village and offered floral tributes to Mahatma Gandhi’s bust. Rahul invited the leaders of different castes here for a talk in a bid to resolve the long-standing dispute between them. After successful talks, Rahul named the road that was left unused following the caste dispute as ‘Bharat Jodo’ Road.