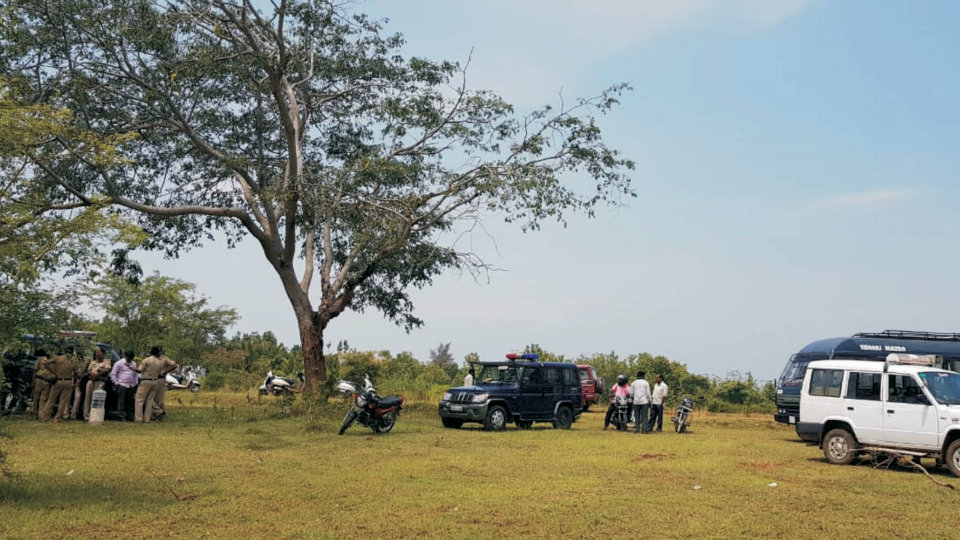 Mysuru:  Mysuru is the second biggest growing city in the State after the State Capital Bengaluru. Rapid industrialisation is taking place in the last ten years which has given a boost for the employment sector.

Now the public sector Indian Railways has come forward to set up a Multi-Model Logistics Park at Thandavapura on Mysuru-Nanjangud Highway in a 55-acre area. Following the Indian Railways Executing Agency, Container Corporation of India (CCI) proposal, the Karnataka Industrial Areas Development Board (KIADB) has acquired 55 acres of land and handed it over to the Railways in June 2017.

The KIADB has paid a compensation of Rs.19.35 crore to land-loser farmers.

After getting physical possession of the land, the CCI has started working on the Rs.100 crore Multi-Model Logistics Park. The tender for Rs.59 crore has been awarded to Hyderabad-based RFC Infrastructure Company. However, the company faced opposition from the land-loser farmers, who demanded Railway jobs for parting with their land, according to CCI Group General Manager (Karnataka) Dr. Anup Dayanand Sadhu. 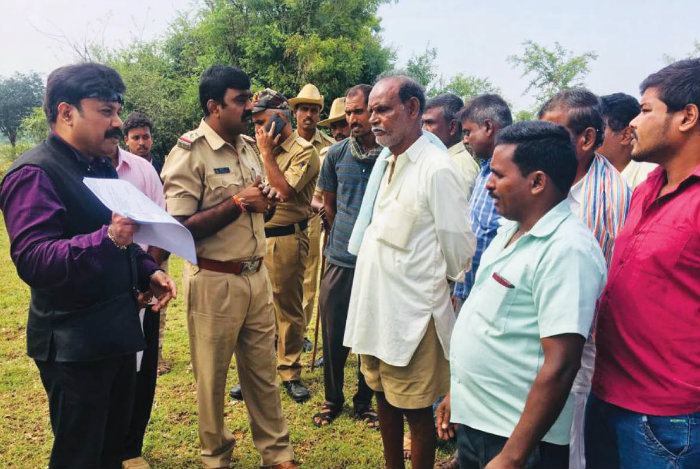 Dr. Dayanand said that the CCI commenced work on the project only after the KIADB fully completed the land acquisition process.

Recently, MP Pratap Simha and G.T. Devegowda visited the Satellite Railway Terminal at Naganahalli on Mysuru-Bengaluru section, when the land-loser farmers demanded a  job in the Railways for each land-loser family.

Taking a cue from Naganahalli farmers, the Thandavapura farmers too had placed a similar demand, Dr. Dayanand said and added that all recruitment in the Indian Railways will be made through Railway Recruitment Board (RRB) and there was no scope for direct employment in the Railways.

To overcome this situation, the Railway officials met Deputy Commissioner Abhiram G. Sankar and appealed him to pave the way for launching of the works, following which the DC summoned a meeting of farmer leaders. The DC told the farmers that as a humitarian gesture, all efforts will be made to secure job for land-loser farmer families in private companies through KIADB and asked the farmers not to obstruct the works.

But the farmers remained adamant on jobs in the Railways, following which the DC assured the Railway authorities that another meeting will be called shortly, where the problem would be resolved.

The CCI’s ambitious Thandavapura Project aims at facilitating faster movement of goods to Chennai, Mangaluru and others parts.

Once completed, this much awaited project of the Railways, will help in better connectivity and also gives a big boost to Trade and Commerce.