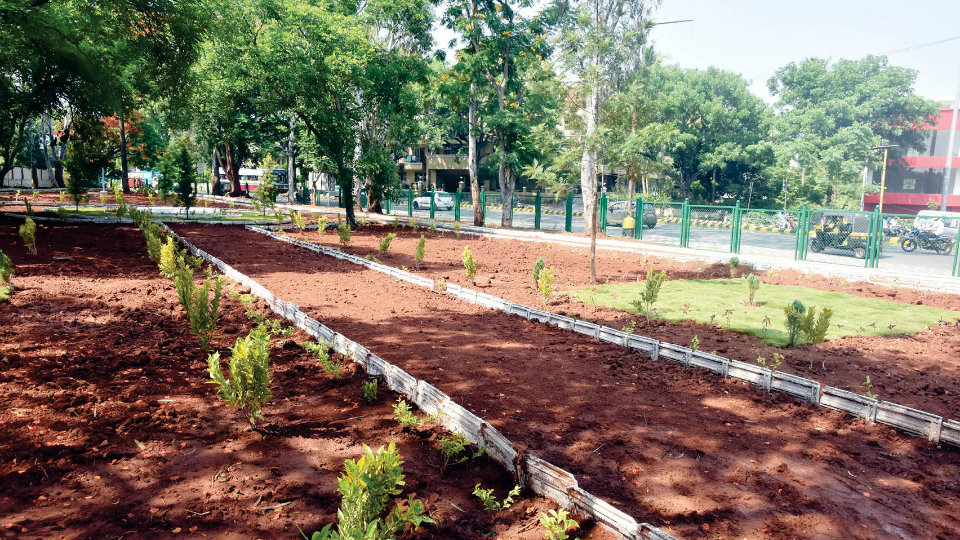 Mysuru: The newly-designed, beautifully laid out Vivekananda Railway Park that has come up just within three days at Vontikoppal Traffic Signal Junction near Sri Lakshmi Venkataramanaswamy Temple and next to the Railway Hospital, was inaugurated yesterday.

Speaking to Star of Mysore here this morning, DRM Aparna Garg said that the idea of converting a neglected piece of land into a park came to the Railway authorities and immediately the money was sanctioned from Railway fund and the work began about three days ago. Within no time the area infested with weeds and wild grass has been converted into a green area. 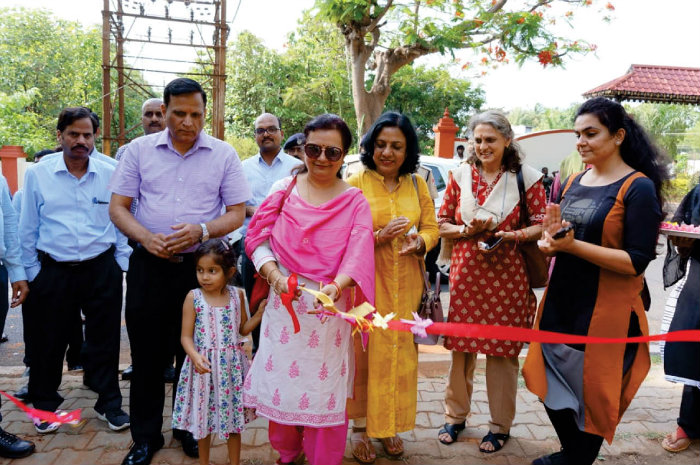 The lawn was laid and even a circular pond with a fountain has been installed. The chain-link fencing with green coat of paint has also been completed, she said.

Asked why it was given the name Vivekananda Railway Park, Aparna Garg said that this name was very appropriate as the park is very close to Sri Ramakrishna Ashrama on KRS Road and Sri Ramakrishna Vidyashala is just a stone’s throw away. Moreover, Swami Vivekananda was the disciple of Ramakrishna Paramahamsa, the Saint of 19th Century Bengal and hence the decision was taken to name the park after the monk. Another reason to convert the place which hardly anyone noticed till now though there is heavy traffic moment is to create a green lung space. The park will be maintained by the SWR out of its own funds, she said.

The park will look ethereal in the night time with the installation of ornamental lamps. Not only the patients and the caretakers who come to the Railway Hospital but also the students, and the general public can make use of the park which is laid out on nearly one acre of land, she said.