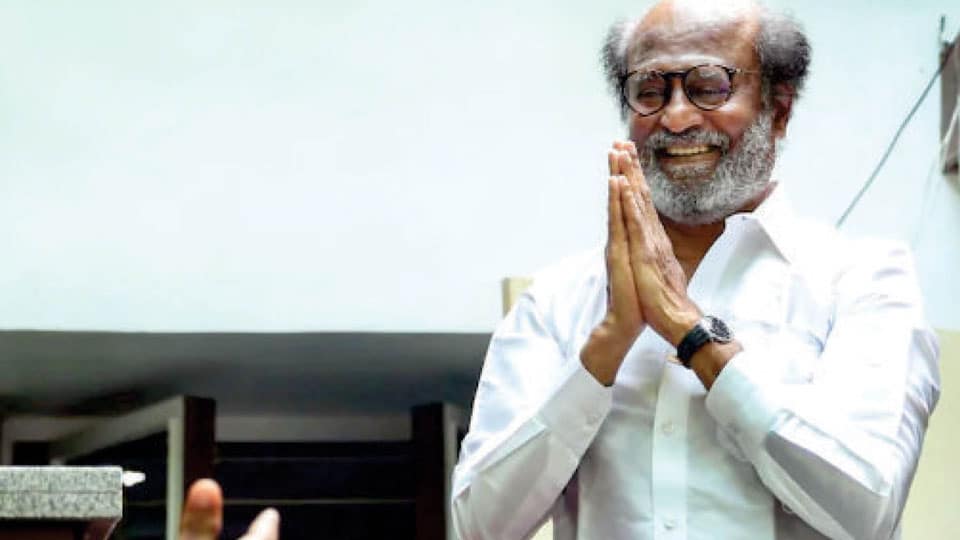 Chennai: Ending all speculation, Tamil superstar Rajinikanth today said that he will launch his political party in January 2021 and the formal announcement regarding the same will be made on Dec. 31.

Rajini had called his line of politics spiritual, which was beyond religion, corruption and one for the welfare of the people. Rajini had asked his supporters to go to every street in the State and pass the message about his intentions and he had told them then, “when the time is right, I will give the war cry and at that time all of you be ready to support me.”

The clarity that the superstar has given by announcing a time for the launch of his party has come as a huge relief to his fans, since they have waited patiently for years as Rajinikanth has bid his time. This would also give his supporters at least a few months to prepare for the Assembly polls, which are likely to take place in May 2021.

For the last three years, members of the Rajini Makkal Mandram, considered the precursor to his political party, have been organising themselves and increasing the number of members.

However, since Rajinikanth has several health complications, it was expected that following the advice of his doctors, he would prefer to stay away from starting a party during the pandemic.

In a closed door meeting on Monday, Rajinikanth had interacted with 32 leaders of the Rajini Makkal Mandram, including District Secretaries. He asked them many questions including why they believed he should start a political party and contest in the 2021 May elections. Stalin, an office-bearer from Thoothukudi, had then told the media that many of them expressed their concerns over his health, while a few maintained that Rajinikanth should announce his political party.