Home » News » Rajini’s Into The Wild with Bear Grylls to be telecast on Mar.23 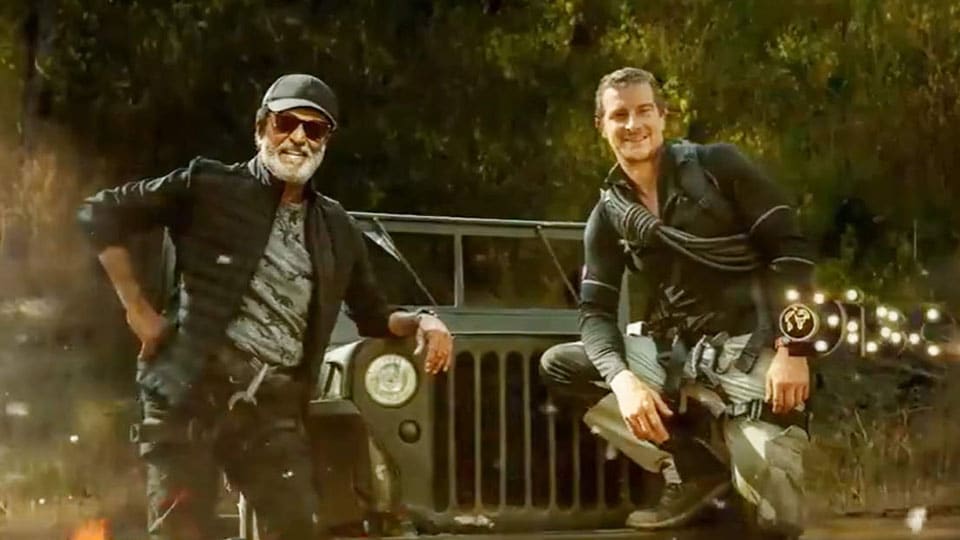 Rajini’s Into The Wild with Bear Grylls to be telecast on Mar.23

Bandipur: Tamil superstar Rajinikanth recently shot an episode of Discovery Channel’s ‘Into The Wild with Bear Grylls’ in Bandipur forests. After Rajini, Bollywood actor Akshay Kumar too shot for an episode with Bear Grylls at Bandipur.

Now, the channel has dropped the teaser of the show and the first episode featuring Rajini will be telecast on Mar.23 at 8 pm.

Discovery Channel shared the 40-second teaser and captioned it, “Gear up to venture into the wilderness of India with survival expert @BearGrylls and the ultimate superstar @Rajinikanth in an action packed adventure. Premieres 23 March at 8 PM, only on Discovery #ThalaivaOnDiscovery.”

In the promo, Grylls is on a mission to unravel the man behind the legend, Rajinikanth. He asks fans to prepare themselves as the new show will blow their minds. The teaser has a montage of close-up shots of Rajinikanth, while roars of a tiger can be heard in the background.

‘Into The Wild With Bear Grylls’ will be Rajinikanth’s first stint on television. In January, Rajinikanth and Bear Grylls shot for the show in Bandipur Tiger Reserve. After the shoot, Rajinikanth took to Twitter to thank Grylls. He wrote, “Thank you very much dear @BearGrylls for an unforgettable experience … love you. @DiscoveryIN thank you #IntoTheWildWithBearGrylls.”

Rajinikanth will also use the show as a platform to appeal for water conservation.

“Every Indian will need to come forward and contribute in conserving water; this war has to be led at all levels including Government, community as well as on the individual front. I believe this show on Discovery is a perfect platform to take the message of conserving water to every home across the country,” the actor said in a statement.