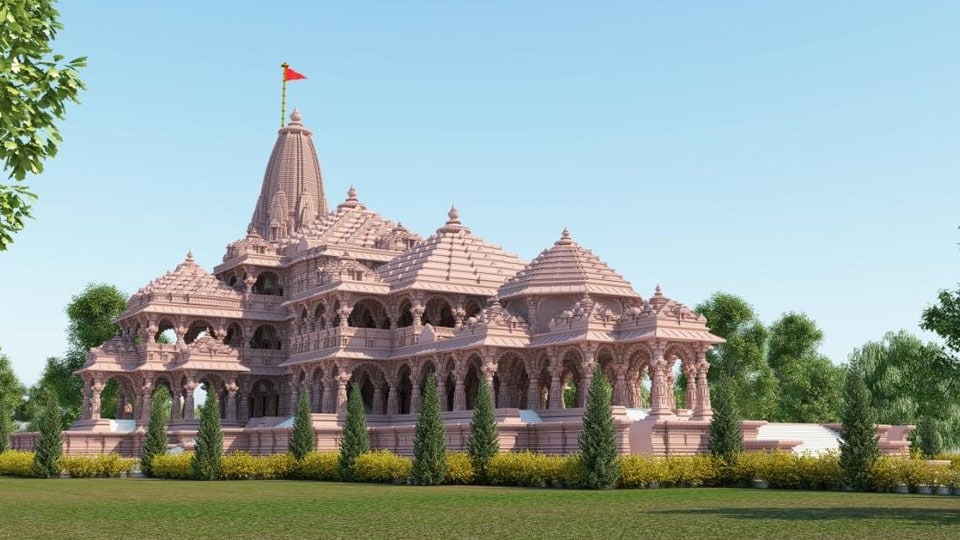 Iqbal Ansari, son of one of the oldest litigants of the dispute, makes a secret donation

The Trust Treasurer Govind Ram Giri said that they were getting a lot of requests from Ram Bhakts living abroad to launch a global drive for collecting donations for the construction of Lord Ram temple in Ayodhya. “A decision to this effect will be taken by the Trust members in a meeting to be held shortly. Members will discuss modalities of how to launch the Samarpan Nidhi Abhiyan globally,” said Giri.

“We will also discuss the issue with experts to arrive at a decision keeping in mind RBI, Finance Ministry, Income Tax regulations and clearances,” said a senior Trust Member.

The Trust has already deputed an expert to study the subject of global-funding and laws & regulations involved to ensure that it did not trigger any controversy in donation collection          outside India.

Meanwhile, Iqbal Ansari, son of late Hashim Ansari, one of the oldest litigants of Ram Janamabhoomi-Babri Mosque dispute, made a secret donation for the construction of the Temple. He donated an unknown sum in the name of his late father, wife, son, daughter and himself.

“Construction of Lord Ram Temple will certainly strengthen national unity and integrity. It will add a new chapter in the country’s cultural and secular fabric,” he reacted, refusing to divulge the amount he and his family donated.

The revised estimated cost of the proposed Lord Ram Temple is pegged at Rs. 1,500 crore after changes into its foundation designs. The Trust General Secretary Champat Rai said that more funds will be required for the expansion of the 70-acre Temple complex.

Trust Member, Dr. Anil Mishra said that the Budget for the Temple is not final. He said that they may re-launch the donation drive to raise more funds for Lord Ram Temple construction.

It will certainly increase keeping in view the magnificent look and solid structure the Trust has and engineers engaged have planned. The extra funds may be used to renovate and give a grand look to scores of Temples related to Lord Ram Lalla in Ayodhya. The Trust will ensure that not a penny donated by Ram Bhakts goes waste,” said the senior member.