Home » News » Ramsons team to speak on Board Games at Mumbai 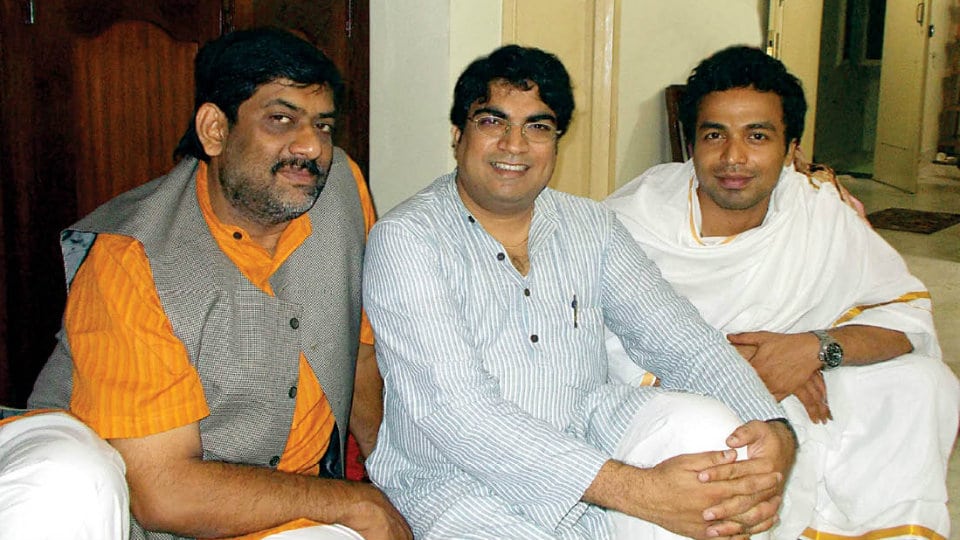 Ramsons team to speak on Board Games at Mumbai

Mysuru: A mega national seminar titled “Playing with the Past: National Conference on Ancient and Medieval Indian Games” will be held in Mumbai on June 1 and 2 at the Prabodhankar Thakre Complex, Mumbai.

A team from Ramsons Kala Pratishtana (RKP), Mysuru, comprising of R.G. Singh, H.S. Dharmendra and Dr. Dilip Kumar Gowda will participate in the seminar organised by the ‘Think Tank’ INSTUCEN  based in Mumbai.

INSTUCEN Trust has been in the forefront of rejuvenating traditional Board Games among others, by creating awareness through exhibitions and seminars for several years now.

Singh, who is the Hon. Secretary of RKP, will chair the session on ‘Games and Society.’ He will also speak on ‘Board Games of Krishnaraja Wadiyar III, Maharaja of Mysore). The core team members of RKP will also speak on their experiences in the ‘hunt’ for Board Games. Dr. Dilip Gowda’s lecture is titled ‘Etched in Stone: Game patterns found in temples and basadis of Karnataka.’ He will be taking the listener on a Cook’s Tour of scores of temples across Karnataka where Board Game patterns were seen etched in ancient flagstones of temples.

Dharmendra in his talk on ‘Reviving Board Games: The Ramsons Experience,’ will refer to the different design process invovled in producing Board Games and its accessories by working with artisans of 30 craft-clusters across India. He will also touch upon the various initiatives that RKP has taken to bolster the traditional craftspersons through the hosting of ‘Kreedaa Kaushalya’ bi-annual exhibition of traditional Board Games of India.

According to the organisers of  INSTUCEN, traditional Board Games have not been given their due and there has been a decline in modern times due to both academic and social neglect, and also due to the emergence of virtual games through video-gaming consoles and mobile phones, according to a press release from RKP.