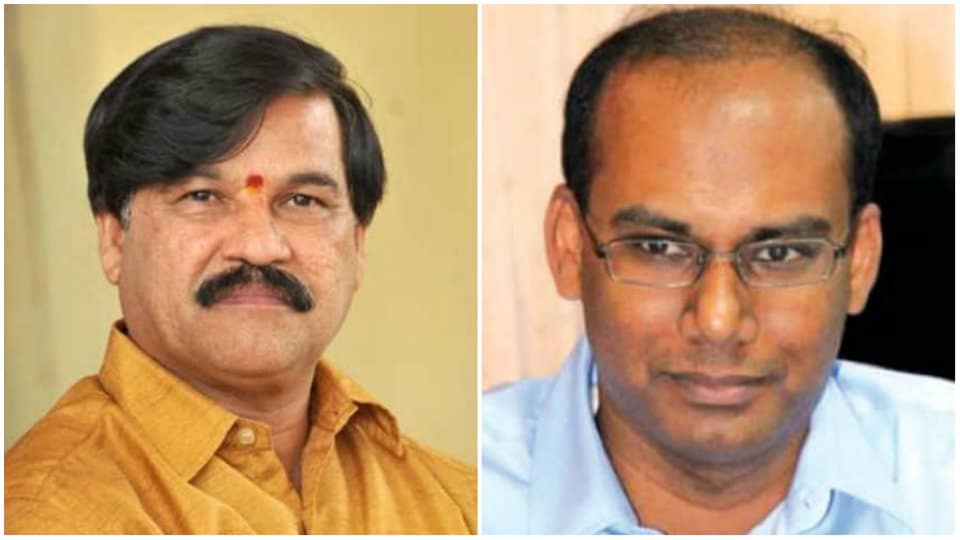 At a press conference, Ramdas said that Randeep was transferred as he was probing the alleged irregularities in the voters’ list of Krishnaraja Assembly segment. “Randeep’s transfer has given rise to many doubts in the mind of the common man and the government feared that if the officer was not transferred, many irregularities including manipulation of voters list would come to light,” he alleged.

It may be mentioned that Ramdas had recently alleged that the State Government was misusing the powers to delete the names from the voters’ list by giving false information that the voters had expired or relocated to other places.

Ramdas said, “The Zonal Assistant Commissioner refused to accept the complaint when I approached him complaining about the irregularities. However, the DC considered the matter seriously and started a probe, but, the government transferred him,” he alleged.

“More than 11,000 names were deleted from the Krishnaraja Assembly constituency and many Congress workers were involved in mass inclusion of names in the voters list so that it could favour Congress in the forthcoming elections,” he said.

Chief Minister Siddharamaiah is not allowing the officials to work independently and the officers are in constant fear. The senior officers in the State have also been alleging harassment from the government, he said. Ramdas also warned of a legal battle if the authorities fail to take action against the people, who had deleted the names of voters illegally.