Home » Sports » RCB to take on KKR in a keen contest 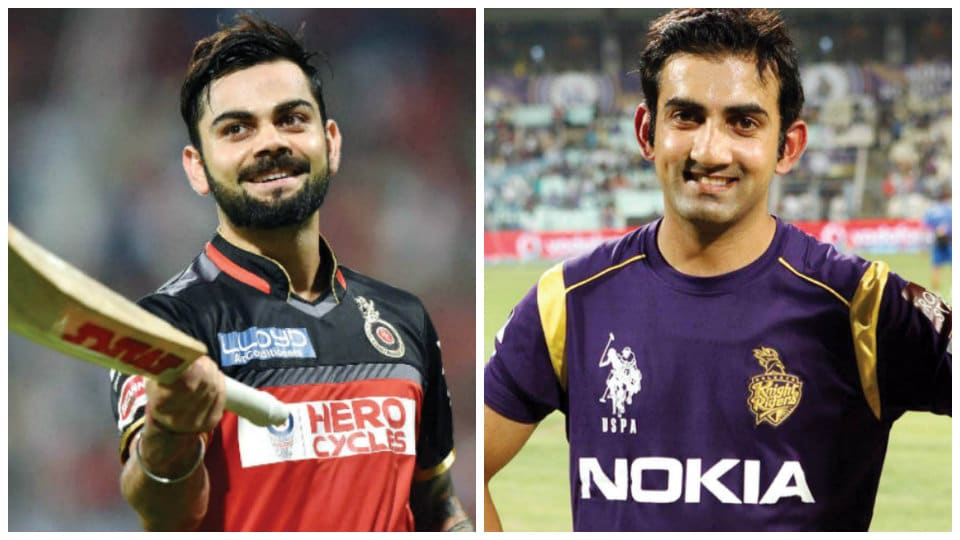 RCB to take on KKR in a keen contest

Royal Challengers Bangalore, after overcoming their early season hiccups, will take on Kolkata Knight Riders and the tie is all set for a stern test for both the teams at the Eden Gardens here tonight. Kolkata Knight Riders with four wins from six outings, will have to gear up from their Friday’s loss and should be more ruthless in their batting. After losing two matches after setting targets, KKR has to get out of the ‘chasers only’ tag.

Royal Challengers Bangalore with the in-form Chris Gayle, captain Virat Kohli, Travis Head and Kedar Jhadav are in for a run-feast at the Eden Gardens.

Royal Challengers has overcome the early losses and has started to combine well as a team with their batters performing well in the recent games. It’s batting performance against Gujarat Lions was outstanding and if they continue to bat in that fashion, their rivals will have a tough time.

Kolkata Knight Riders’ skipper Gautham Gambhir will have to come good with the bat and will also have to choose the right combination from his wide choice of bowlers.

An interesting tussle will be on with the bat and ball and the Kolkata crowd will hope for a rain-free tie to witness their stars in action.