Home » News » Reduction in human-wildlife conflict is the need of the hour: B.P. Ravi 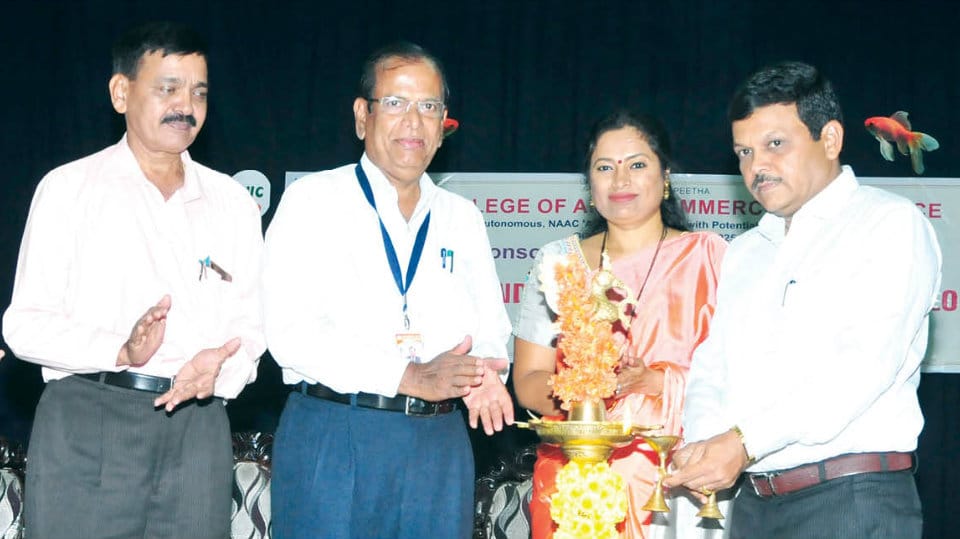 Reduction in human-wildlife conflict is the need of the hour: B.P. Ravi

Mysore/Mysuru: The UG and PG  Departments of Zoology, JSS College of Arts, Commerce and Science, Ooty Road, recently organised a UGC-sponsored one-day State-level Seminar on ‘Prospects and Perspectives in Applied Biology’ at the College premises in city.

“Conservation of biodiversity and reduction in human-wildlife conflict is the need of the hour,” said the chief guest, B.P. Ravi, Additional Chief Conservator of Forests and Member-Secretary, Zoo Authority of Karnataka (ZAK), while addressing the gathering.

He emphasised on loss of biodiversity due to anthropological pressures and also expressed concern on the repeated human-wildlife conflicts reported from different parts of the country.

He further added that the deforestation and habitat destruction may be the main cause of such conflicts. He also emphasised on conservation of natural habitats which is a need of the hour.

Prof. B.V. Sambashivaiah, Chief Executive, JSS College of Arts, Commerce and Science, B.N. Road, Mysuru, in his presidential remarks, quoted that Applied Zoology is a specialised branch of Zoology, which deals with the animals which are economically important. He expressed his concern on the conservation of biodiversity by quoting some examples of wildlife education and conservation by documentaries of Bear Gryll’s Man Vs Wild with Prime Minister Narendra Modi at Jim Corbett National Park and Bollywood actor Akshay Kumar and Superstar Rajinikanth at Bandipur National Park.

He also reiterated on the danger situation being faced by the world community due to the outbreak of COVID-19 in China and many other countries.