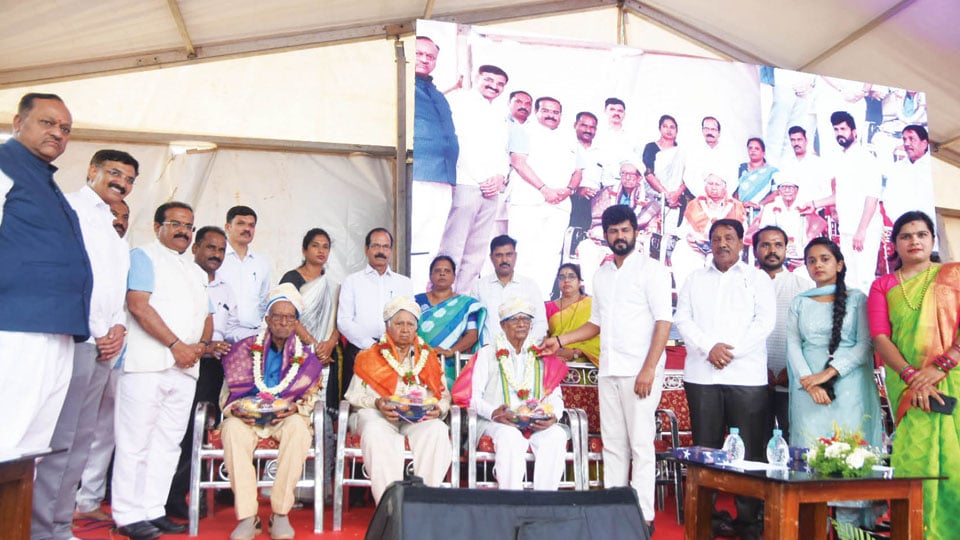 Mysore/Mysuru: Maintaining that we should always remember the sacrifices made by our freedom fighters, MP Pratap Simha said that at the same time we should not forget to  honour them for all their struggles and sacrifices.

He was speaking after inaugurating the stage programme of ‘Amrutha Bharatige Kannadadarathi’ programme organised jointly by the district administration, MCC and Kannada and Culture Department  marking ‘Azadi Ka Amrit Mahotsav’ — the 75th year of Indian independence — at the Freedom Fighters Park in Subbarayanakere Grounds here on Saturday.

MLC K.S. Keshavaprasad from Bengaluru, who delivered the keynote  address, said that the students should read books on freedom fighters and great warriors of Karnataka who fought for our land. Stressing on the need for students to inculcate the ideologies of great leaders, he said that at the same time they should also develop the spirit of freedom.