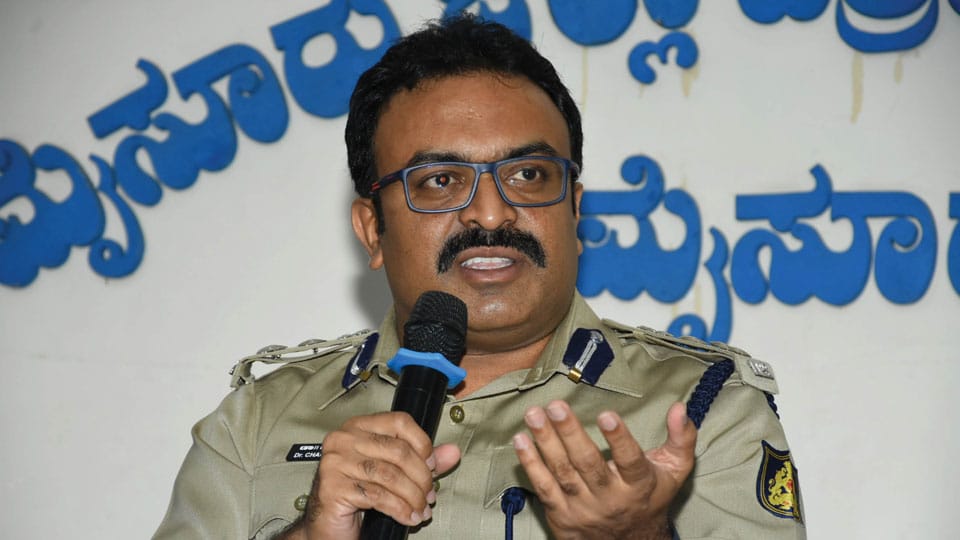 To be installed at a cost of about Rs. 1 crore

Mysore/Mysuru: In a bid to control and crack crimes using modern technology, 200 more Closed-Circuit Television (CCTV) cameras will be installed at vantage points by the Police across the city.

As of now, there are 52 CCTV cameras are functioning around Mysore Palace, JLB Road, Traffic Signal Circles, Raja Marga and other prominent roads across the city. There was a need for an additional 200 more CCTV cameras to be installed in various Circles and junctions. Hence a proposal for the requirement of 200 more CCTVs was sent by the Mysuru City Police Department to the Government.

The proposal was taken up for discussions in the Cabinet, where it was approved to provide grants to install CCTV cameras in all Commissionerate cities of the State including Mysuru city. Accordingly, Mysuru city has been provided with Rs. 1 crore grant which is expected to be released soon.

City Police Commissioner Dr. Chandragupta said that there is a need for an additional 200 CCTV cameras to keep a watch over traffic issues, security purpose, tracing and controlling crimes and also to maintain Law and Order situation in city. A proposal in this regard was sent to the Government which has sanctioned Rs. 1 crore grant, the city Top Cop said and added that the grant will be used to purchase and install maximum CCTV cameras. As Mysuru city is growing rapidly, population too is increasing so also crimes, number of vehicles and accidents. With movement of VIPs and VVIPs also increasing in city, it has become inevitable to manage the movements using technology.

Dr. Chandragupta told SOM that high-resolution CCTV cameras will be installed at all highways connecting Mysuru city and entry and exit points of all district roads to keep hawk eye vigil over the movements of suspects and criminals.

Using the Rs. 1 crore grant, additional CCTV cameras will be installed across the city which could be monitored at one place to keep vigil on criminal activities across the city. Police personnel cannot be deployed at all points. Instead, technology will be used to monitor city from one single place. During the visit of VIPs, during mass conventions and functions, during other programmes, the entire event would be captured on CCTV cameras. Also, CCTV footages will help in cracking kidnap, chain snatching, highway robberies and other cases. Installing CCTV cameras will also prevent criminals from committing crimes as their activities will be captured,” Dr. Chandragupta added.