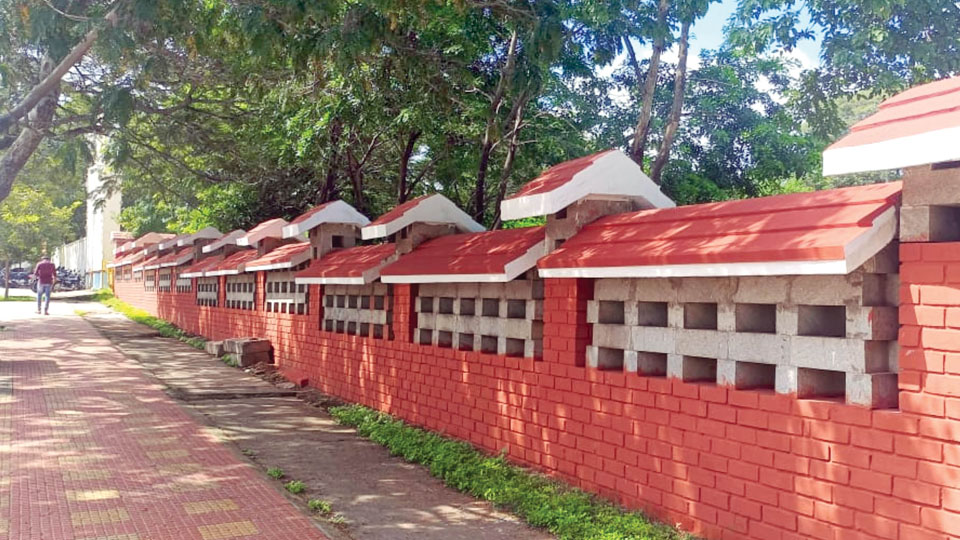 Mysore/Mysuru: The repair works of the compound wall of Torch Light Parade Grounds in Bannimantap has been completed.

Mysuru Urban Development Authority (MUDA) had constructed the Mangalore tile top compound wall around the Grounds decades ago. But with the passage of time, the tiles broke down, thus causing damages to the compound wall. Subsequently, MUDA had invited tenders for construction of a concrete top for the compound wall, which ran up to a total length of 1,050 Metres. One N. Chandrashekar was awarded the contract for Rs. 20.42 lakh, which included removal of Mangalore tiles and construction of a concrete top with Terracotta painting. Now the works are fully completed, a fortnight ahead of MUDA’s deadline of Dec. 14.

MUDA AEE Narendrakumar and AE Ravindra, who supervised the works, said that the Terracotta painting of the compound wall, which now has a concrete top, will not fade under sunshine or rains.