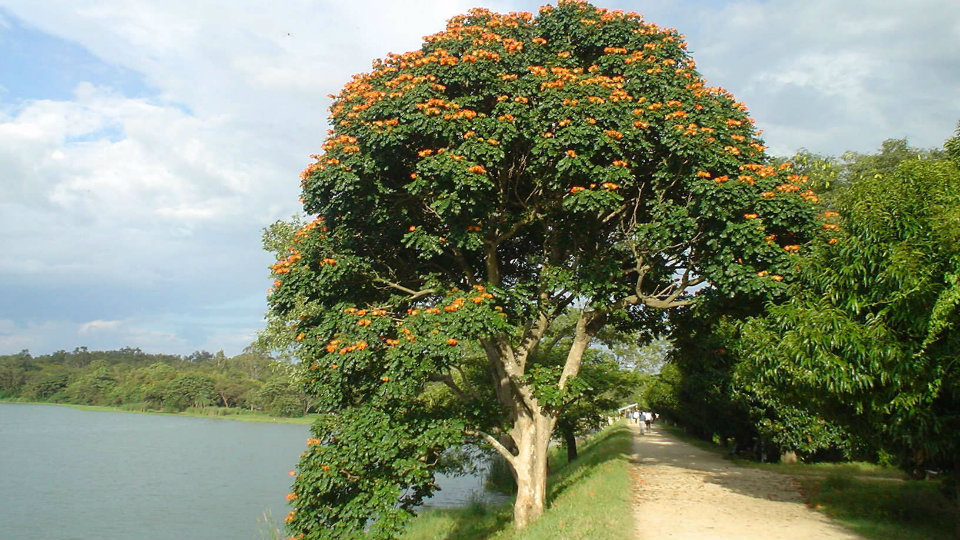 I write this letter with an intention to add to the voice being  raised by concerned citizens against the ill-conceived ‘development’ works being implemented in the Kukkarahalli Tank and its environs. Tanks are usually constructed to store the flow that originates in the ‘catchment area’ as a result of rainfall on it. But, Kukkarahalli Kere, which has a very small catchment of its own, is fed by a ‘feeder canal’ cut across an area that drains to South Mysuru from the city’s Western rural  parts, now forming parts of Bogadi and Vijayanagar Layouts. Since during the development of layouts, this canal has been choked at many places, the Tank does not have a proper fresh water source, sufficient to fill the large storage space that is available.

The Tank has survived during the recent decades mainly due to the partly treated  sewage that was being let in to it and some small amount of runoff from the catchment on the eastern and northern sides. With sewage now having been diverted, the Tank inflows are meagre and increasing the water spread is highly illogical. Any development of the Tank should first focus on augmenting the fresh water inflows by rehabilitating the feeder canal at least to a couple of kilometres, which is not a very difficult task, and on de-silting it regularly. With the area feeding to the canal having been urbanised, runoff now available is much more than in the past  and should go to save the Tank. I hope good sense prevails on the district administration.

It may not be out of place to remind you that it was a long drawn agitation against the University, by the then constituted “Save Kukkarahalli Tank Committee” that saved the Lake from destruction in the early eighties. This Committee was promoted by the ‘young’ Star of Mysore and served by the student volunteers (including this correspondent). It is time now Star of Mysore once again takes up the lead to impress upon the University and the Deputy Commissioner that the available grants cannot be squandered in meddling with the Tank, rather be used to restore the feeder canal and furnish a fresh lease of life to the Tank. Augmenting the inflow with some small quantities of pretreated sewage must also be looked into.