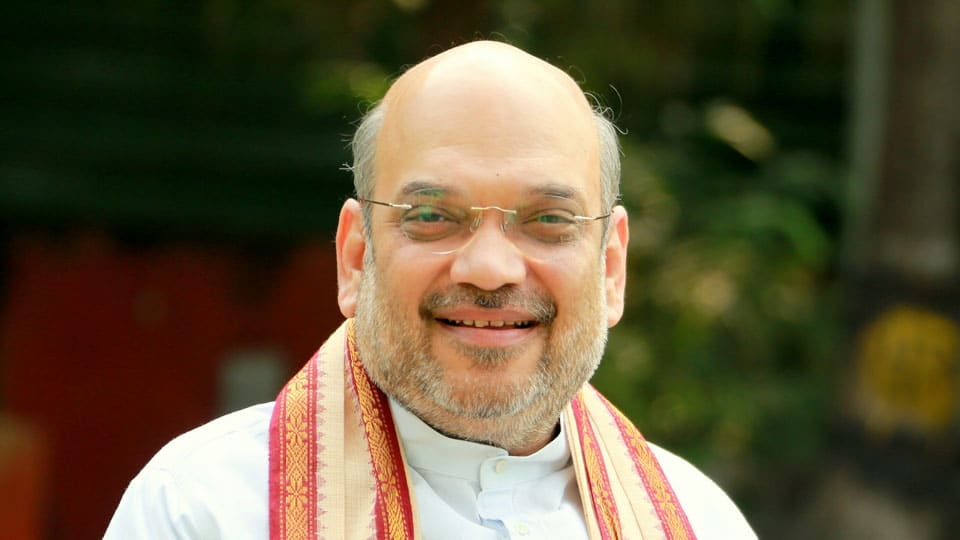 Losers were no cowards. Time has come to redeem India’s past history

Amit Shah, Union Home Minister and BJP National President, speaking at a seminar on Skandagupta Vikramaditya, the 5th Century AD Emperor, held at Banaras Hindu University recently, had said that there was a need to rewrite the Indian History as it was. He urged the Indian Historians to “rewrite history from an Indian perspective” and mentioned the radical Hindu Rashtra proponent and freedom fighter Vinayak Damodar Savarkar, popularly known as Veer Savarkar, as an exemplar of writing history from an Indian perspective. I would say rather Hindu perspective. Here is the reason:

It is an accepted fact the present history is written by Leftist, English and Mughal Historians. They are considered absolute distortion of facts of history. It is a very poor reflection, specially on the Congress Party which ruled India since Independence continuously for over 60 years, because it encouraged and patronised these three category of Historians — Leftist, English and Mughal — who ignored or marginalised the Hindu perspective of history. History of India before 10th century AD or rather before the advent of Muslim invaders into Indian subcontinent is not researched properly and, therefore, not written in proper perspective.

As I was reading Amit Shah’s observations, I was reminded of the famous African proverb which says, “As long as history is written by hunters, Lions shall never be glorified.” It means that as long as the Lion cannot or does not write history, the hunter will keep telling only his side of the story which will be full of his heroic acts and naturally glorified. Before the Muslim invasion of India, there was multilateral history of Hindu, Buddhist and Jain Kings of Indian subcontinent. But, once the Muslim invasion from North-West began in succession, the unilateral or monolithic history of India began to take shape first with the Mughal Empire and then the British Empire.

And the Historians patronised by the Mughal Courts and the British Empire forgot about the Hindu ancient empires of Indian origin that ruled India before these foreigners came, mentioning of the early, ancient Indian History only in passing and in distortion.

Yes, we must admit that till Britishers, accidentally or in pursuit of research on ancient history, discovered the ancient monuments from their obscure existence by excavation, we depended on our ancient scriptures and epics for tracing our ancient history — its glory and fall. It was an Englishman — James Prinsep who told us in 1837 about Ashoka who was enthroned in 268 BC.

Now a deeply contested case is going on in the Supreme Court of India, between Hindus and Muslims about the ownership of the land on which once stood the Babri Masjid in Ayodhya, UP. Hindus are straining themselves to provide the Court the historical evidence — written and archaeological. But the story of the Muslim conquest as seen from Hindu point of view was never written ! Who knows, there must have been violent or peaceful resistance when the Ram Temple was demolished to build the Mosque but the Mughal Historians did not write about it. If it was written, then the Advocates arguing for the Ram Temple could have provided it to the Supreme Court Judges as documentary evidence.

Be that as it may, a wag tells me that at the time Babur invaded that part of Indian subcontinent, the land naturally belonged to Hindus. It was forcibly taken by this foreign invader. So what is the problem? After Independence, more so after India was divided on religious basis…

It is History’s mystery and also a burden. After all, the earlier invaders of India from Alexander to the British had left the country without leaving behind any baggage of social, demographic or religious problem for the Hindu peoples of India. It is only the Mughal invaders, after ruling India for over 300 years, who left behind controversial issues which are provoking Hindu India’s historical right to redeem its past, specially relating to Hindu faith and temples that were demolished by the Mughals.

This controversy, inevitably, is also questioning India’s Secular credentials. I guess, it is for this reason, the RSS Chief recently remarked that the Western English word ‘Secular’ needs to be redefined in the Indian context. Secularism should not be a shield to prevent steps people are taking to redeem their lost heritage due to the acts of the conquerors like Mughals.

Be that as it may, the fact remains that the very first Mughal, Babur, after 72 years of India’s Independence, is remembered almost every day in this country, or at least whenever the case comes up in the Supreme Court !

Who is this Babur? Did he purchase the land in Ayodhya from the local Hindu King to build the Mosque? If so where is the sale deed — copper foil or whatever? No. He was a conqueror. Hence the whole of conquered land belongs to him and he had dealt with it as he pleased. Point, counter point. Period.

Babur’s real name was Zahir-ud-din Muhammed. He was otherwise known as Babur or ‘The Tiger.’ He was the king of Kabul. He comes from a royal lineage of Timur the lame of Samarkand from his father’s side and from his mother’s side connected to Genghis Khan of Mongol. Hence, the name Mughal. As a boy he inherited a fragment of Timurid empire known as Farghana. Born in 1484, at age 20 he made himself the King of Kabul in 1504. Though Kabul was bordering India (Punjab) of that era, his interest was in conquering Samarkand, his real inheritance. But, to India’s bad luck, he gave up hope after losing series of campaigns.

It was then Babur turned towards India. His first entry into Punjab was on the invitation of a disgruntled Governor Daulat Khan Lodi and an uncle of Sultan Ibrahim Lodi of Delhi.

It was battle of Panipat in 1526, where Babur defeated Sultan Ibrahim Lodi who was killed in the field, that enabled him to promptly occupy Delhi and Agra. Mughal empire was born, except for an interlude of 5-year rule of Sher Shah Suri.

Many Hindus often carry the grouse that conquest of India by Muslims invaders, specially Mughals and later the Westerners, specially the British, was possible because the Hindu Rajas and Maharajas of different kingdoms were not able to face the invaders in battle and in many cases did not give proper battle and in some cases they were betrayed by the traitors in their own Army. Could be true. But victory and defeat for various reasons did happen for both the invaders and the defenders.

However, to say Hindu Kings did not resist or simply succumbed is not true. After all, the fact that so many wars took place across the huge country itself shows that Hindu Kings did give battle. The battlefield of Panipat (in today’s Haryana where Kurukshetra war of Mahabharata was fought) itself had seen three wars — three battles in Panipat. First one in 1526 between Babur and Ibrahim Lodi. Second one in 1556 between Emperor Hemachandra Vikramaditya and Akbar the Great. Then the third one in 1761 between Ahmad Shah Durrani and the Marathas.

History, of course, written by Mughals and the British, says the invaders had camp followers in huge numbers, possessed large park of artillery, the new fangled weapons and later even gun-powder (used in Turkey and Europe) compared to the elephants, horses and bullock carts and the conventional weapons of Hindu Kings that gave the invaders an edge. Babur himself had to face a number of Hindu Kings in battle after defeating Lodi in 1526 at Panipat. Babur knew of obstacles to Mughal supremacy and listed Hindu Kings and emperors who should be defeated. Wisely, he avoided the Vijayanagar empire that he had placed first as a great power. Instead he focussed on North India. The Hindu King of Mewar, Rajputana, Rana                        Sangram Singh.

In May 1527 battle was fought at a place called Khanua near Agra. In this battle the small Army of Babur was “dispirited” at the prospect of an unequal fight with Rana with a huge Army. But Babur, an orator too, roused the pride of his men. He appealed to their Islamic convictions. “Since the Rajputs were infidels (in the eyes of Islam), the war was designated a jihad… death assumed the                                                                welcome guise of martyrdom.” Babur’s Muslim soldiers took an oath on the Quran to fight till they fell. Babur himself, fond of alcohol, made what for him was the ultimate sacrifice by ostentatiously abjuring alcohol. This born-again Babur won the war.

However, we do not have a clear record relating to Rana Sangram Singh about this great encounter at Khanua because history was written by Mughals and later by the English.

This kind of vacuum that is found in the History books about Hindu India might have prompted our Home Minister,  Amit Shah, to make the observation about the need for re-writing Indian History. And why not?

ABRACADABRA Amit Shah K.B. Ganapathy
Leading in the Here and Now…
Contests for Kalasri award in Periyapatna on Oct.30