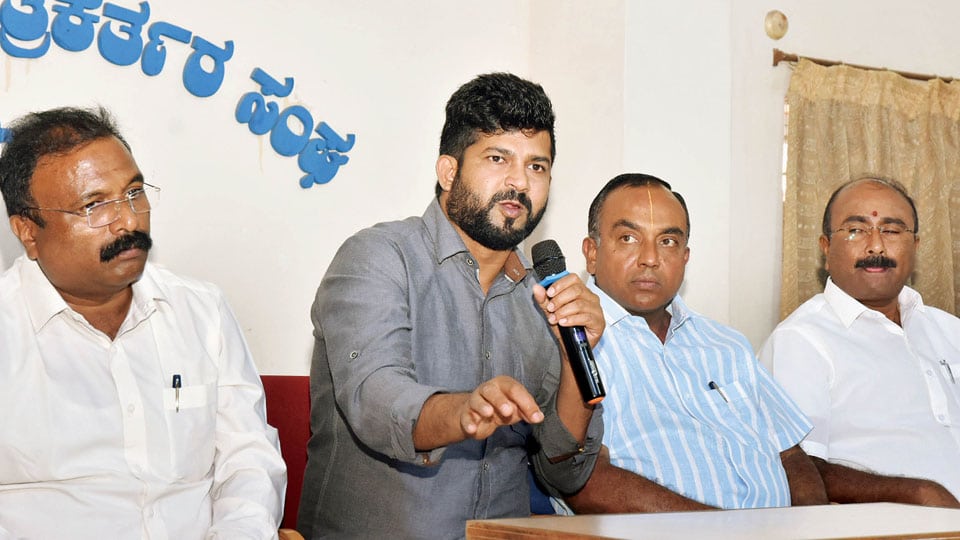 Addressing a press conference at Pathrakarthara Bhavan in city this morning, the MP said that the Ministry of Road Transport and Highways had approved the project long back and after necessary ground work, the National Highways Authority of India (NHAI) has prepared the land alignment and land required for the project.

The road has a design length of 93 kilometres and bypasses have been proposed having an aggregate length of 84 kilometres at Kushalnagar, Periyapatna, and combined bypass for Hunsur, Bilikere and Mysuru.  It is a four-lane corridor that directly connects Bengaluru with Madikeri, bypassing Mysuru. The 115 km-long Expressway costing Rs. 6,000 crore is a centrally-funded project and is executed by NHAI.

The Expressway will connect Madikeri with Bengaluru bypassing Suntikoppa, Kushalnagar, Periyapatna, Hunsur and even Mysuru city by touching the Mysuru-Bengaluru Highway (which is getting converted into a 10-lane Highway) at Paschimavahini near Srirangapatna. The Expressway will have a road median and the alignment for the new corridor has been done. The Expressway will reduce the journey time between Madikeri and Bengaluru to five hours from existing seven hours.

The MP said that the existing four-lane road between Mysuru and Madikeri (NH-275) has reached a saturation point and there is an urgent need to build a separate road. Travelling on the existing Highway is a nightmarish experience especially during weekends and holidays when thousands of vehicles move between Mysuru and Madikeri, a hill station, he added.

“It will be a 14-metre wide road. Rs.6,000 crore has been set aside for land acquisition only and the project will use 25 percent of the existing roads, 40 percent Government land and the remaining 45 percent land will be purchased from private parties. A dedicated office for land acquisition ‘Special Land Acquisition Officer and Competent Authority (Mysuru-Madikeri Section) NH-275’ has been set up at No.984, First Floor, Geetha Road, Chamarajapuram, in city,” he added.

NHAI has taken up the core works at an estimated cost of Rs. 7,400 crore and once the project is realised, commuters between Bengaluru and Mysuru can travel the distance in just about 90 minutes from the present 3 hours, he added.

“The NHAI has awarded the project to Bhopal-based Dilip Buildcon and the project is fully funded by the Centre including the distribution of compensation for the land acquired.  The Company has taken up the highway works in two packages.

The project is being taken up under new Hybrid Annuity Mode (HAM) adopted by NHAI. As per this, NHAI will fund just 40 per cent of the total project cost while the remaining 60 per cent will be invested by the contractor or developer. The contractor/investor will get fixed annual revenue while the Highway Authority takes care of the toll collection.

The Company has taken up both the package works after setting base camps at every 20 kilometres. Six bypass roads will be constructed at Srirangapatna, Mandya, Maddur, Channapattana, Ramanagara and Bidadi. An estimated 36,000 vehicles ply between the two cities everyday and traffic density has increased, Simha added and expressed confidence that the project will be completed in 24 months from now. The NHAI has a deadline of 30 months.