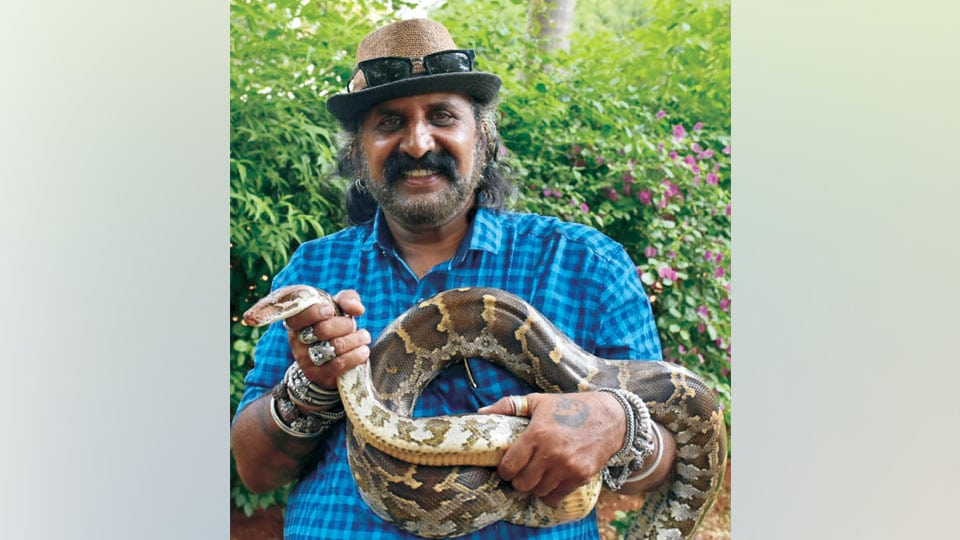 Shyam said that he received a call from the security about the presence of the large snake, rushed to the spot and rescued it.

He said that these snakes are found in Ramanagaram, Srirangapatna, Rammanahalli and other places and added that the snake may have been swept away due to heavy rains. Shyam, who said that this is the 13th python he has caught in city, has asked the people to call Mob: 99805-57797, in case they come across snakes.