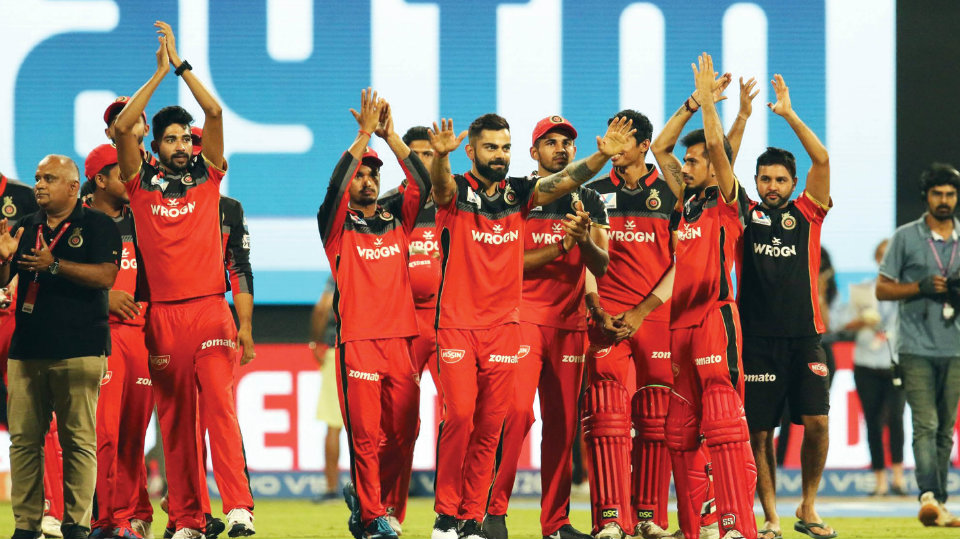 SRH will have to wait for the KKR clash to see if they have qualified for the playoffs.

Earlier, Kane Williamson (70 not out) led from the front as SRH posted 175/7 in a must-win encounter against Royal Challengers Bangalore (RCB).

Opening the innings for SRH, Martin Guptill and Wriddhiman Saha forged a quick 46-run stand before the latter was sent back by Navdeep Saini.

Later, Williamson smashed five boundaries and four sixes in a match which mattered the most to anchor SRH’s innings and help them reach a challenging total.

Vijay Shankar also played a important cameo of 27 runs but RCB kept picking wickets at regular interval. Washington Sundar was the pick of the bowlers for the hosts, returning figures of 3/24.

Delhi Capitals (DC) have won their last league match of the IPL season against Rajasthan Royals (RR) by 5 wickets and 3.5 overs to spare at the Feroz Shah Kotla in Delhi yesterday.

The DC chase, despite several bumps, was propelled by a responsible innings from Rishabh Pant (53*), who played his way in and batted with the lower order and then finally burst into life with the finish line in sight.

Winning the toss, RR captain Ajinkya Rahane decided his team would bat first. Ishant Sharma (3/38) got the home team off to a perfect start, capturing the wickets of openers Rahane (2) and Liam Livingstone (14) in successive overs. Sanju Samson (5) was run out after a mix-up with his partner Mahipal Lomror (8) as wickets kept falling. Amit Mishra (3/17) then came up with a killer blow, taking two wickets in consecutive balls – Shreyas Gopal (12) and Stuart Binny (0) falling to him in successive balls. He could have captured a hat-trick as well, which would have been his third in IPL history, but Trent Boult missed an easy catch.

Young Riyan Parag (50) anchored the RR innings, even taking 18 runs off Ishant’s last over. He never had any partners sticking with him for long enough though, as only Livingstone and Shreyas Gopal managed to reach double figures. He hit Trent Boult for two sixes in the 20th over to bring up his fifty, thus becoming the youngest player in IPL history                                to score a fifty.