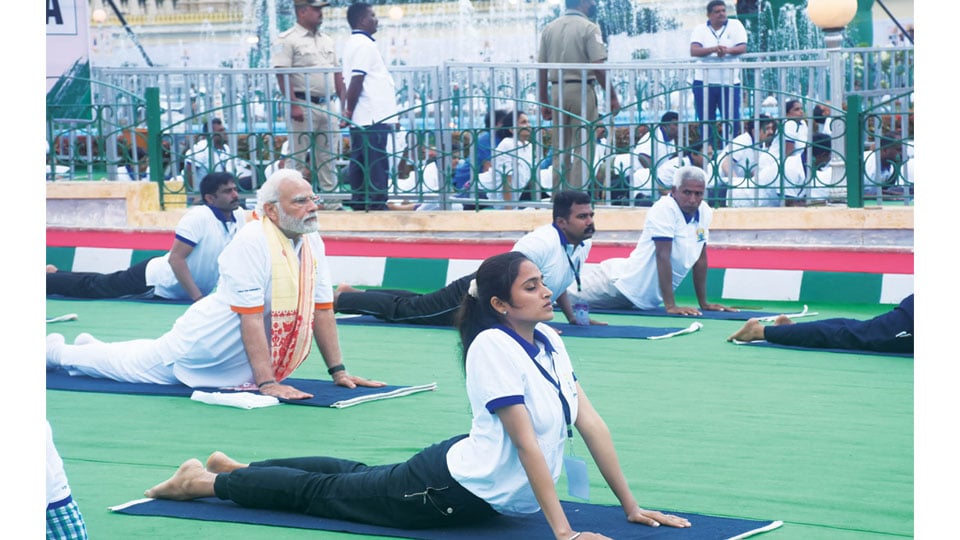 Mysore/Mysuru: Answering to a reporter’s question on the expenditure incurred by the Government due to PM’s visit and Yoga Day celebrations, Mysuru District Minister S.T. Somashekar said that approximately Rs. 25 crore was spent.

The same funds were also spent on organising the PM’s event at Maharaja College Grounds, Exhibition Grounds, illumination of streets and circles and the lighting atop Chamundi Hill, the Minister said and added that over 15,000 Yoga mats were brought and even the Yoga performers were ferried from their places to the Palace.

“Money was also spent on maintaining hygiene and we did not think about the expenditure as the focus was fully on making the PM’s visit successful and incident-free. The Deputy Commissioner will prepare a detailed expenditure list in about two to three days and the accurate spending on each programme will be known only then,” he added. Meanwhile, ahead of the PM’s visit to Bengaluru, the Bruhat Bengaluru Mahanagara Palike (BBMP) spent nearly Rs. 23 crore to develop a 14-km stretch of a road. In all, Modi granted infrastructure projects to Karnataka is worth Rs. 27,000 crore.