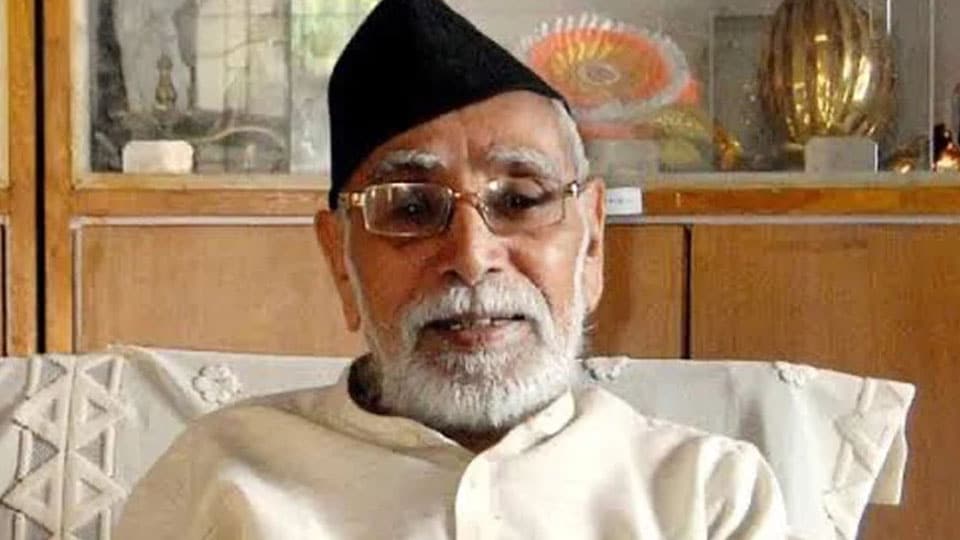 Nagpur: Senior Rashtriya Swayamsevak Sangh (RSS) ideologue and the first Spokesperson of the organisation M.G. Vaidya passed away after a brief illness at Nagpur yesterday. He was 97.

Dr. Manmohan Vaidya, Joint General Secretary of RSS and son of M.G. Vaidya, in a tweet yesterday said, “Shri MG Vaidya, my father breathed his last today at 3.35 pm at Nagpur after completing 97 years of active, meaningful and inspiring life. He was a veteran journalist, a Hindutva “Bhashyakar” and active Sangh (RSS) Swayamsevak for 9 decades.”

PM Narendra Modi condoled the demise and tweeted, “Shri MG Vaidya Ji was a distinguished writer and journalist. He contributed extensively to the RSS for decades. He also worked to strengthen the BJP. Saddened by his demise. Condolences to his family and admirers. Om Shanti.”

M.G. Vaidya was undergoing treatment for illness at Spandan Hospital, where he breathed his last 3.35 pm yesterday. Funeral was held at Ambazari Ghat in Nagpur at 9.30 am today.