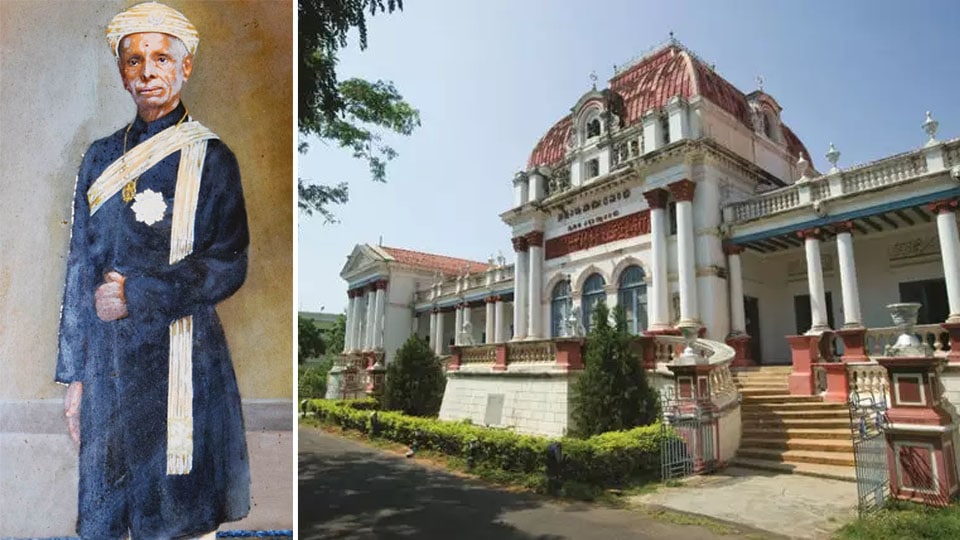 Rudrapatna Shamasastry, who discovered the palm leaf manuscript of Kautilya’s Arthashastra became a celebrity all over the world overnight. Perhaps this has no parallel in the history of literature in any of the languages known to us.

Rudrapatnam has produced many musicians of yore like R.K. Srikantan, R.K. Ramakantha, R.K. Padmanabha, Thyagarajan, Shrilatha, R. Venkatarama Shastry etc. In such a family was born Shamasastry on 1.12.1868 at Rudrapatna or Rudrapatnam. Unfortunately, he lost his father and because of his hard work he developed himself into a great scholar.

Maharaja’s Sanskrit College in Mysore established by the Mysore royal family was famous for Sanskrit learning and in 1891 he passed the Vidwat examination and this brilliant young man was noticed by Dewan Seshadri Iyer and he immediately appointed him and kept him in his house to hear the various puranas and other literary works from him. Dewan Seshadri Iyer felt that such a brilliant person should learn English language so that he can write books in English in addition to other languages. Thus Shamasastry stayed in Seshadri Iyer’s house for about twelve years. In the meantime, he also studied Physics as a subject of study, and studied at Bangalore Central College. In 1899, he went to Madras and passed BA examination.

After returning from Madras with the help of Seshadri Iyer he took up a job in the palm leaf manuscript division in the then Mysore Oriental Research Library. There were thousands of palm leaf manuscripts in that library and once he was examining each manuscript with great care. He had already learnt various scripts including Granthalipi. When he was preparing a brief descriptive catalogue of all these manuscripts, he was pleasantly surprised to come across a manuscript which was Kautilya’s Arthashastra. He immediately prepared its English translation also. Because of his great achievements he was promoted as the Principal (Adhyaksha) of Samskrita Mahapathashale and he continued in that position for seven years from 1912 to 1918. In 1918, he was appointed as the Curator of the Mysore Government Oriental Library. In 1922, he was appointed as the Director of the Mysore Government Oriental Research Institute. The University of Mysore, seeing his brilliance, appointed him as a Professor of History in Maharaja’s College, Mysore. After a distinguished service, he retired in 1928, at the age of sixty.

In addition, Shamasastry had a good knowledge of Sanskrit, Kannada and English. His service during this period was very great. He was also a great author. In 1908, he wrote a book titled Gavamayana, the vedic era which is a highly researched work dealing with various aspects of Vedic culture. In this work he has discussed various yugas like Kali, Dwapara etc., as revealed in Vedic literature. Then he translated Kautilya’s Arthashastra into English. Subsequently during the years 1922 to 1920 he wrote many scholarly articles as many aspects in the Reports of the Mysore Government Oriental Research Institute. Then he published an English translation of Mahaveera’s Suryapranapthi.

In 1936, he published an English translation of the work Vedanga Jyotisha along with a commentary on it in Sanskrit. His subsequent work was written in 1938 cited Drapsa, the Vedic cycle of Eclipses. In 1940, he wrote works named The Eclipses in the Vedas and commentaries on Bible and Quran. Though being a vedic scholar, he did not have any hesitation in writing on Bible and Quran. This shows his broad-mindedness but many contemporary Vedic scholars did not like it. His reply was that whatever may be the religion, his duty as a scholar was to admire the noble qualities in the Bible and Quran. In addition to all these works, he published a work called South Indian Inscriptions which is a compilation of Kannada inscriptions. Thus he showed that he was a good epigraphist also.

It may be mentioned here that epigraphy means the deciphering of inscriptions in various languages and scripts and translating them to modern Indian languages like English and Kannada. This Department is still working in Mysuru under the direction of Muniratnam Reddy. Thus epigraphists have a long and unbroken chair right from the time of King Ashoka whose inscriptions are in Brahmi script and Prakrit language. In fact, this work was started by Lewis Rice in Karnataka who published inscriptions under the name Epigraphia Carnatica.  Many volumes have been published by Lewis Rice and they are earlier to Epigraphia India published by the Government of India. In addition, he published many critical writings in several journals which were famous in those days.

Because of his great scholarship, many prestigious organisations showed him respect by making him a Fellow. He was given an Hon. Doctoral Degree, Royal Asiatic Society Fellowship, by giving a gold medal. Calcutta University honoured him with an Honorary Doctorate degree. The Maharaja of Mysore gave him the title Arthashastra Visharada. The Bharata Dharmamahamandala gave him the titles Vidyadalankara and Panditaraja.

This short account may be closed with an interesting and unique incident that took place in London. The Yuvaraja of Mysore was introduced at a gathering in London as a person hailing from Mysore city. A distinguished member of the gathering at London asked the question is it the same Mysore city where Shamasastry discovered Kautilya’s Arthashastra? People in London knew more about Rudrapatna Shamasastry than the Yuvaraja of Mysore. That was the greatness of Shamasastry. Due to the old age at 76 and because of continuous hard-work involving examination of palm leaf manuscripts, he passed away in 1944. Hundreds of condolence messages were sent to next of kin of Shamasastry. Many people felt that a brilliant era came to an end with the passing away of Rudrapatnam Shamasastry. Though he is not there with us physically, his fame is permanently with us. In addition, the wonderful building of Oriental Research Institute (ORI), Mysore, still stands in his memory.  The present Director Dr. S. Shivarajappa is continuing the tradition of Oriental Research Institute, Mysore. Thus Shamasastry lived and died and as Rigveda says, spent his life usefully so that future generations would always remember him. Hope you will say Amen.

Arthashastra will be a separate study which may be taken up in due course.