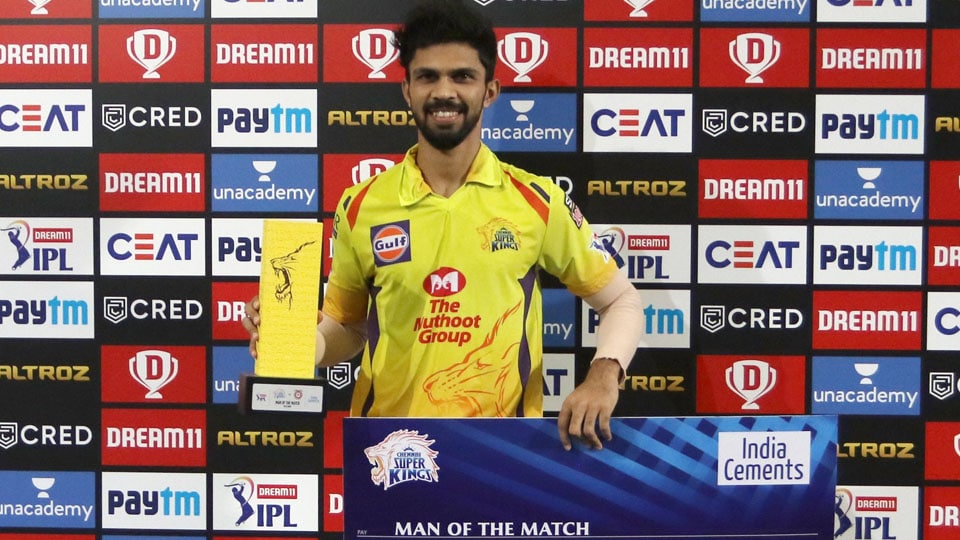 Chasing 154, CSK got off to a great start with Faf du Plessis and Ruturaj Gaikwad adding 62 in the first seven overs.

KXIP got du Plessis for 48 in the 10th over but CSK were well-placed to chase the total down at all stages. Gaikwad got another 50 this season — his third consecutive fifty of IPL 2020 — as CSK raced towards the target and reached there with seven balls to spare. Gaikwad finished unbeaten on 62 runs off 49 balls.

This CSK victory means KXIP have been knocked out of the race to the playoffs.

Earlier, CSK won the toss and elected to field. Mayank scored a brisk 26 off just 15 balls before Ngidi shattered his stumps. Rahul followed soon after, bowled by Ngidi, again, for 29. Shardul Thakur reaped rewards for four quiet overs after the Powerplay as Nicholas Pooran inside-edged behind to the keeper Dhoni.

Imran Tahir then trapped Chris Gayle LBW to put CSK on top. Mandeep Singh and Deepak Hooda hung around for a while and Hooda’s unbeaten 62 off just 30 balls took KXIP to 153/6.

KKR posted a total of 191 runs for the loss of seven wickets in 20 overs, after being sent into bat. Skipper Eoin Morgan was the highest run-scorer, smashing 68 runs off 35 deliveries. Morgan’s innings comprised of five boundaries and six sixes.

Andre Russell further made his presence felt with a 11-ball 25 in an innings comprising of a boundary and three sixes.

Rahul Tewatia was the pick of the bowlers, accounting for three wickets. Karthik Tyagi further chipped in with two wickets.

The RR batsmen started the chase on a strong note, with openers Ben Stokes and Robin Uthappa scoring 19 runs off the opening over bowled by Pat Cummins. However, Cummins made a strong comeback accounting for the openers and skipper Steve Smith in quick succession.

The Rajasthan batsmen failed to recover from this early jolt, eventually scoring just 131 runs for the loss of nine wickets.

Cummins was the pick of the bowlers, accounting for four wickets. Shivam Mavi and Varun Chakravarthy further chipped in with two wickets apiece.