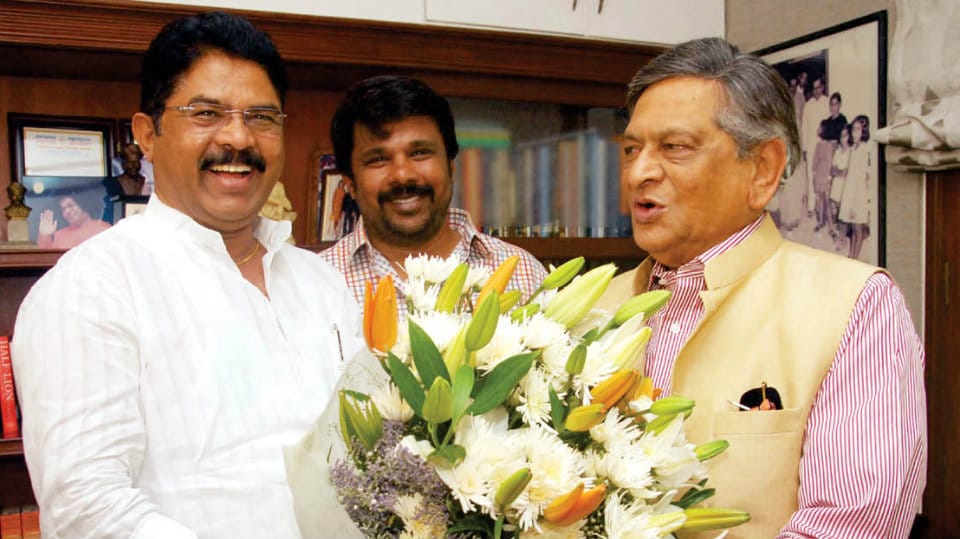 Bengaluru: Even as the countdown for the Lok Sabha polls has began with the Election Commission of India (ECI) announcing the poll schedule on Sunday, former CM, former Governor and former External Affairs Minister S.M. Krishna has predicted that Prime Minister Modi will be re-elected again and there was no doubt about it.

Speaking to press persons after senior BJP leader R. Ashok and Surapura MLA Narasimha Nayak aka Raju Gowda called on to invite him to join the BJP poll campaign, at his Sadashivanagar residence here yesterday, Krishna said that the people are wise enough to vote for Modi for the sake of the nation’s growth and security.

Recalling his (Krishna) contribution for the development of Bengaluru when he was the Chief Minister over 15 years ago, Krishna said that he has been invited to campaign for the BJP and he will campaign for the party candidates in old Mysuru region.

Replying to a query on the possible candidature of JD(S) Supremo and former PM H.D. Deve Gowda from Bengaluru North Constituency, Krishna said that the LS polls are important and as such, people will vote for an ideology and not an individual. By inviting Krishna to campaign for the party, the BJP plans to consolidate the votes in its favour in Bengaluru, Mandya, Tumakuru etc. where Krishna still holds some influence among the voters.