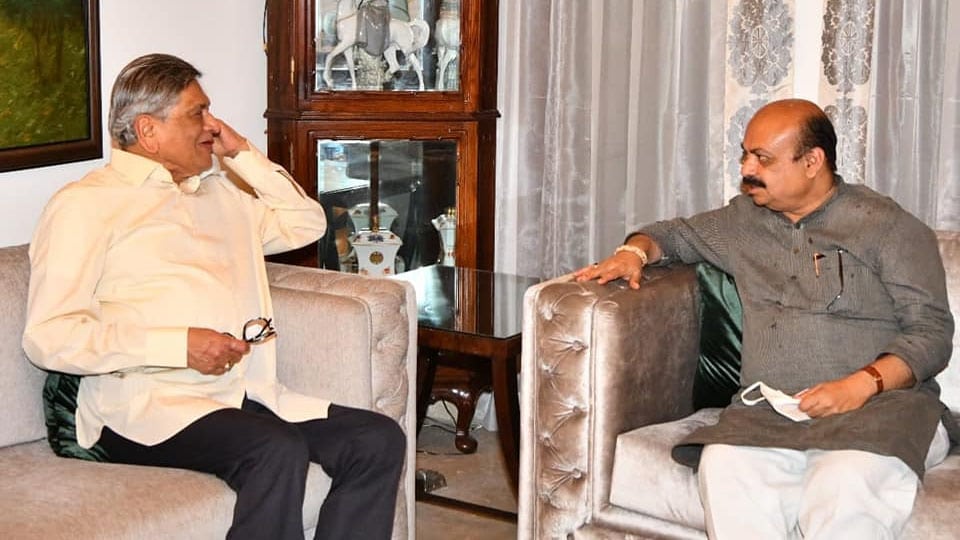 Bengaluru: A day after the Government announced that former Chief Minister S.M. Krishna will inaugurate this year’s Dasara atop Chamundi Hill on Oct. 7, the veteran leader has thanked CM Basavaraj Bommai for the invite.

In a letter to the CM, Krishna said that Dasara has not lost its grandeur and splendour in the past 400 years of celebration.

Pointing out that democratically elected Governments have continued to celebrate Dasara after the end of the rule of Mysore Maharajas, without any changes in the customs and traditions that are followed, Krishna said that he feels virtuous for having been selected to inaugurate Dasara.

Noting that he comes from Mandya, where farmers owe a lot to Nalwadi Krishnaraja Wadiyar, he said that he will pray to Goddess Chamundeshwari to free the country from Corona, which has been causing havoc across the globe.

Krishna has also thanked Mysuru District Minister S.T. Somashekar for inviting him to inaugurate Dasara. Highlighting the achievements of Somashekar, Krishna said he has learnt that the Minister had collected Rs. 3.75 crore for Mysuru Zoo maintenance during pandemic. Pointing out that Somashekar also has the record of contributing Rs. 65 crore collected from Co-op. Societies to CM’s COVID Relief Fund, which is the highest donation by any Govt. Department.