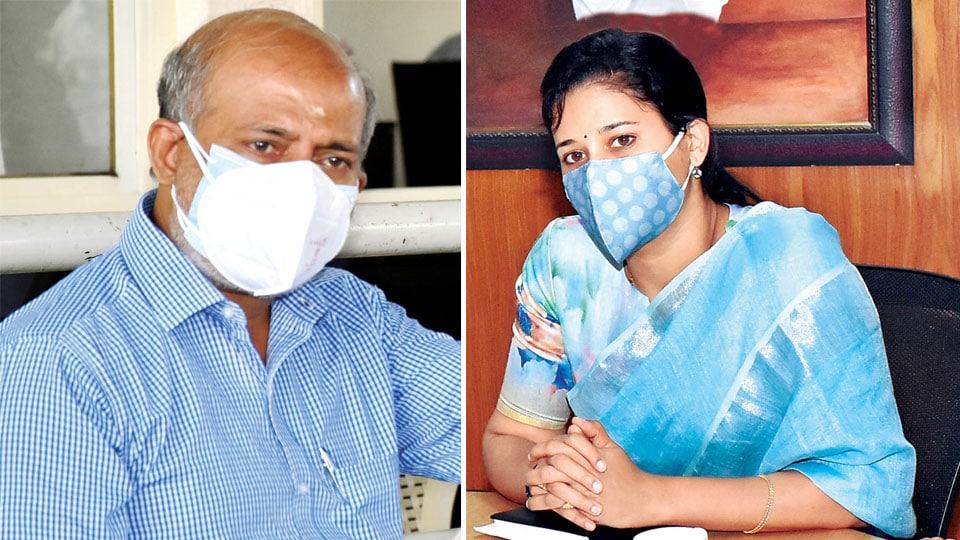 Mysore/Mysuru: Hitting out at her bitter critic K.R. Nagar MLA S.R. Mahesh who had dared her to release documents to substantiate her allegations of land-grabbing by him, former Deputy Commissioner of Mysuru Rohini Sindhuri has released documents yesterday to prove that as a DC she had initiated action to revoke certain land transactions that were prima facie illegal which led to her transfer.  She also said that the choultry owned by Mahesh at Dattagalli in city was on a Raja Kaluve (stormwater drain).

The four documents that were released through social media show that attempts were made to save the Kergalli Lake and also the Lingambudhi Lake from illegal land conversions. This comes in response to Mahesh’s statement that Rohini Sindhuri must release documents if at all she has taken action against land mafia in her tenure of eight months in Mysuru district.

As per one document, on June 4, she had rescinded the order that allowed conversion of 1.39 acres of agricultural land for commercial purposes in Survey Number 124/2 at Lingambudhi village. Issuing the order to the Mysuru Urban Development Authority (MUDA) Commissioner, she had also sought action against officers who had permitted land conversion that was based on an incorrect report.

On complaints that false documents were created to purchase 5.02 acres of land in Survey Number 123, Rohini Sindhuri had ordered Assistant Commissioner to investigate. As per the complaint filed by RTI activist Gangaraju, the 1.39-acre land in Survey Number 124/2, has been reserved for agricultural purpose and the same land has been published in State Gazette on Feb. 4, 2016.

READ ALSO  No parking facility for students without DL in College campuses: DC

Just before a day of her transfer, the IAS Officer had sought certain documents and records from MUDA and following the scrutiny of documents, she had ordered cancellation of land conversion approved by MUDA as it was illegal.

Fake record created to get compensation from MUDA

With regard to Survey Number 115 which is a Government Gomala land in Kergalli village spread over 129.22 acres, Rohini Sindhuri had sought an action taken report from the MUDA on a complaint of irregularity and creation of fake records for landownership to claim compensation. As per the complaint, the ‘Aakaar Bandh’ (root document of a land) was modified to show more land.

Were they procured in open auction?

Another document released by the former DC shows that how documents were fabricated to show 5.02 acres at Dattagalli under Survey Number 123 has been procured through open auction. With regard to this, the IAS officer had ordered the Assistant Commissioner to examine records in the Sub-Registrar’s Office to ascertain whether the land has been procured through open auction. The AC has been directed to submit a report within a week.

Ordered no construction within 75 metres of any lake

3 COMMENTS ON THIS POST To “Sa. Ra. Dares…: Rohini Responds”