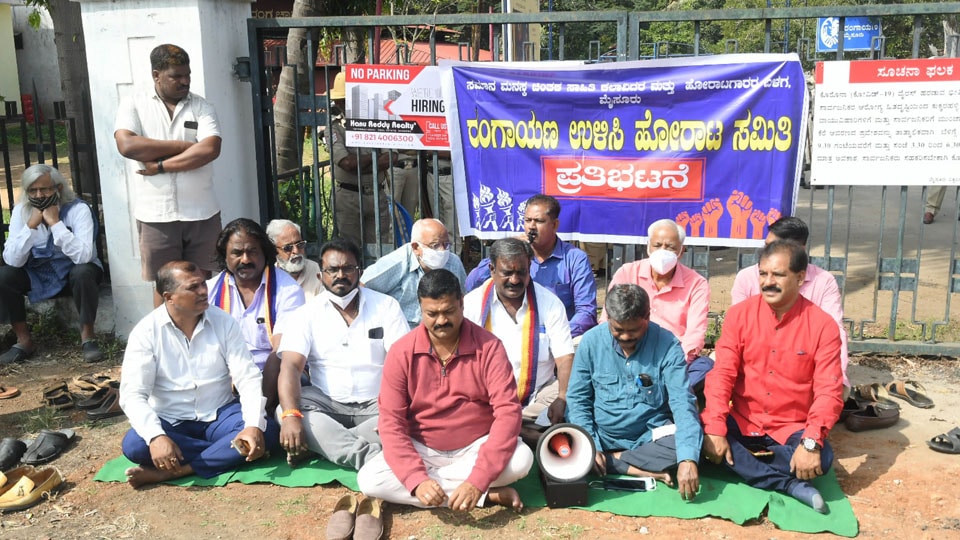 The activists, under the banner of ‘Rangayana Ulisi Horata Samiti’ had launched the indefinite stir (one hour everyday from 11 am till 12 noon) yesterday inside Rangayana premises seeking the ouster of Cariappa, accusing him of promoting right-wing ideology and working against the very purpose of the establishment of Rangayana. The protestors had contended that they would continue the stir until Cariappa is sacked as the Director.

Today, the protest was held in front of Rangayana gate as the Police, as a security measure, had locked the gate, which forced the protestors to hold the stir outside the gate.