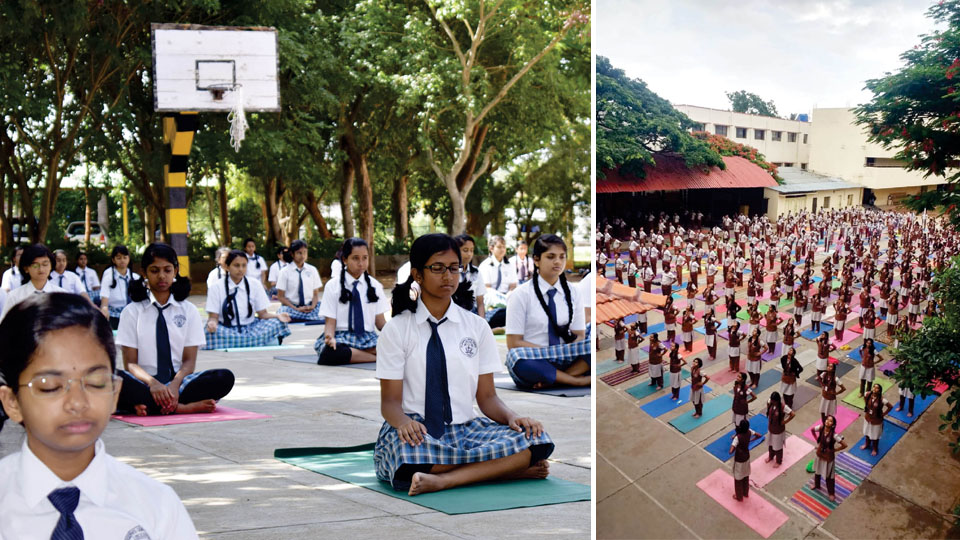 Schools gear up for mega show

Mysuru:  Over 300 schools including private and government schools across the city are participating in the mass yoga at MRC tomorrow.

Over 600 students from Kautilya Vidyalaya are attending the yoga session. School Principal Dr. L. Savitha said that the number includes parents and a few local residents who have evinced interest to be a part of the grand event. Students of this school have been participating in the rehearsals since the last 15 days and they are enthusiastic to stage the show tomorrow. Students have bought white dresses and yoga mats, she added. 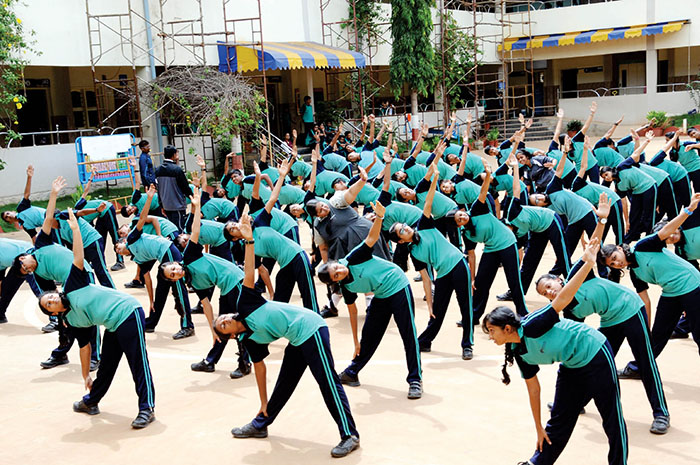 Over 750 students from Vijaya Vittala Vidyashala are performing yoga. “Like last year, this time too, our students from 6th Standard to 10th Standard are participating in the mega event,” said Vasudeva Bhat, Honorary Secretary of the school. From the St. Joseph’s Central School over 300 students are participating. Joyce Lobo, CEO of St. Joseph’s Institutions told SOM that apart from the main event at the Race Course, all St. Joseph’s Institutions will have separate yoga sessions at their respective schools that will explain the significance of yogasanas and the health benefits that can be obtained from them.

READ ALSO  Yoga amidst COVID: At home, with family