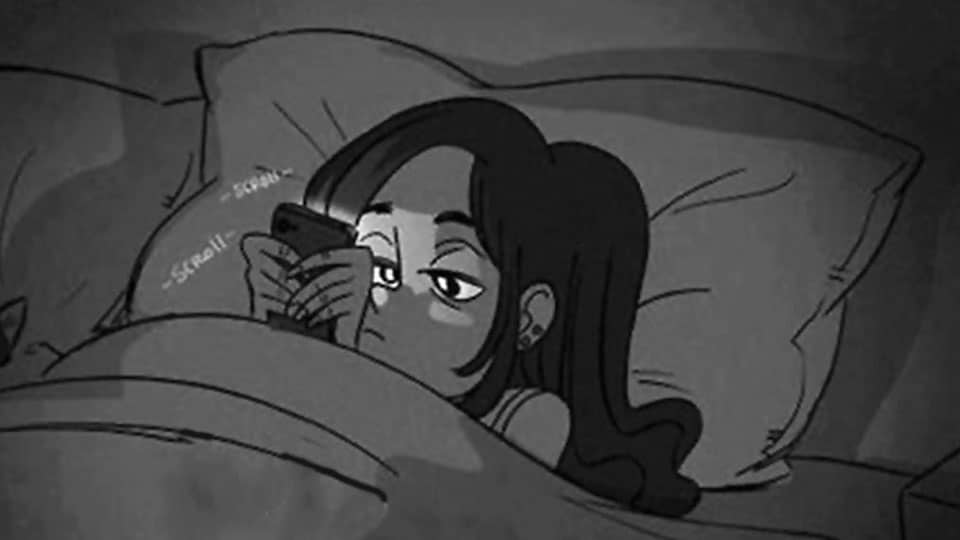 Yesterday was World Sleep Day. It’s a day designated by the World Sleep Society to create awareness about sleep disorders and propagate the importance of getting a good night’s sleep. This is indeed a challenge in a society that is constantly distracted and views sleep as a waste of time.

Philips India conducted a survey that showed technology is a major sleep distracter among most Indians. It reports that in order to fall asleep, 45 per cent adults have tried meditation and 24 per cent have gone to the extent of buying special mattresses. But interestingly not many have thought of the cheaper solution — put the phone away!

It is said that lack of sleep can lead to serious conditions like cardiovascular disease, diabetes, obesity, stroke etc. But the overuse of gadgets isn’t the only thing distracting Indians from hitting the sack. A hectic social life makes sure that people don’t get minimum sleep, causing a “social jetlag” — lack of sleep due to socialising.

Earlier lack of sleep was stress-induced and noticed among the urban population over 35 years. Now with gadgets, teenagers too have joined the group. Self-luminous gadgets suppress melatonin, a hormone that induces sleep. When one has constant light on their face the secretion becomes erratic and your sleep-wake cycle called the Circadian rhythm is not rhythmic anymore.

A constant disrupted sleep cycle can lead to different disorders including sleep apnea that occurs when a person’s breathing is interrupted during sleep which can sometimes be fatal.  To prevent this, one can use a Continuous Positive Airway Pressure (CPAP), a small machine that pumps pressurised air through a mask fixed onto the nose and mouth.

This is not only cumbersome to carry, but can make you the butt of jokes.  Once a friend of mine who has sleep apnea was travelling with his friends abroad.  When it was time, my friend wore his mask and went to sleep. When he woke up his phone was filled with messages and missed calls asking if he was stable and wishing him well! He was wondering what happened until he realised his friends had taken a photograph of him with his CPAP machine and WhatsApped it saying that he was in the ICU.

But everybody has a different Circadian (sleep cycle) behaviour. Some people are more active in the mornings, others at night. According to Psychologist and Sleep Specialist Dr. Michael Breus there are four types of sleepers: Dolphins, Lions, Bears and Wolves.

Dolphins are light sleepers and often suffer from insomnia. Lions tend to be early risers, are active during the day and are exhausted by evening. Bears follow the sun and need a good eight hours of sleep. Finally, the Wolves have a hard time waking up early but are energetic after sundown.  I personally feel I’m a Giraffe as Giraffes only sleep a meagre 2 hours each day.

In India, we are obsessed with waking up early and Indian schools ensure that children also must wake up early every day. Sleep and Circadian Neuroscience Institute at the University of Oxford has recommended that schools need to start late as children’s sleep cycles change with age as well as their concentration levels.

This begs the question: Do Indian students get enough sleep?  With parents admitting children in branded schools that sprout up further and further away from their homes, with travel time between schools and homes getting longer and longer and with homework increasing day by day, it seems children are as busy as their parents.

It gets worse as they grow up. Especially among students facing 10th and II PUC board exams. Such students wake up at 5 to go for tuitions and return home only at 10 pm. Once home they study again. Many may remember children were given a 45-minute nap-time after lunch in schools because it refreshes the mind. Not anymore. Sleep is the enemy now.  You snooze you lose, is the new mantra.

Sleep deprivation is a slowly but steadily growing epidemic in New India. It is reported that 93% of Indians suffer from sleep deprivation. And in young, it is known to affect physical growth, creativity and memory. But interestingly, 64% of Indians wake up before 7 am, the highest in the world!

We love to wake up early. Since childhood we are told, “early bird catches the worm.” What is this worm our parents speak of? There is hardly any proof that early rising guarantees success. There have been research that shows that students and individuals who are “evening types” tend to be the more extrovert and creative; such as poets, artists and inventors. While the morning types are deducers such as civil servants and accountants.

But whether one is nocturnal or diurnal, every creature has to sleep because sleep, as Shakespeare said, ‘O sleep, O gentle sleep, Nature’s soft nurse!’

In our country, sleep is perceived as a sign of indolence but we need to realise that one needs to sleep well to be well. So let’s scroll less and sleep more.