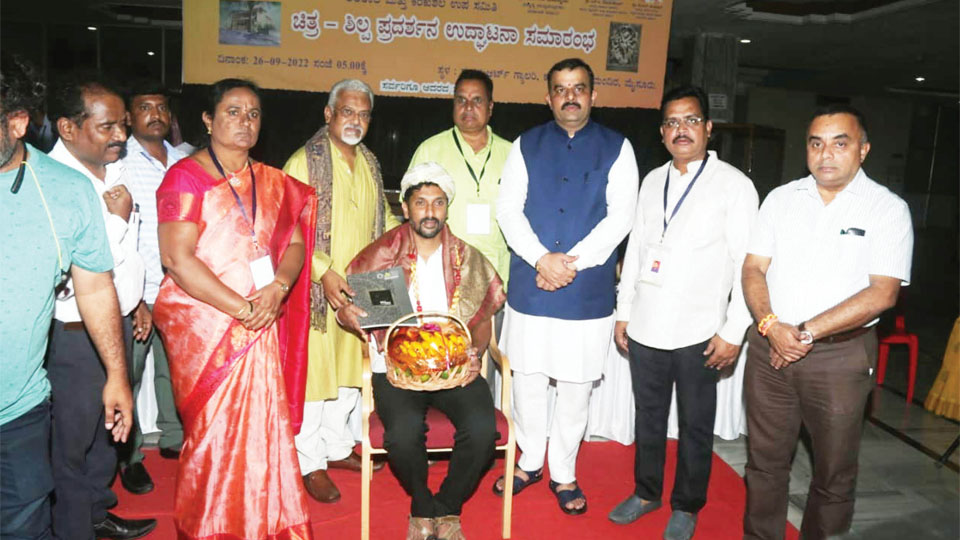 Mysore/Mysuru: Kannada and Culture Minister V. Sunil Kumar has said that the Cultural City of Mysuru has become famous for Art, Literature, Sculpture and other forms. He was speaking after inaugurating a State-level Art and Sculpture Expo, organised by Dasara Fine Arts and Handicrafts Sub-Committee at Kalamandira in city.

“Recently, a Statue of Netaji Subhas Chandra Bose sculpted beautifully by Mysuru’s Arun Yogiraj was installed near India Gate in Delhi. Yogiraj, by winning national recognition for his work, has made Mysuru famous. It is a matter of pride for both Mysuru and Karnataka,” he said.

“The Wadiyars of Mysore had encouraged Art, Literature, Music, Agriculture, Industry and Education during their rule and have become a role model for present and future rulers,” he opined.

Sculptor Arun Yogiraj was felicitated on the occasion. Certificates were also issued to the artists who participated in the expo. The Exhibition will conclude on Oct. 3 and will be open for public from 10 am to 7 pm.